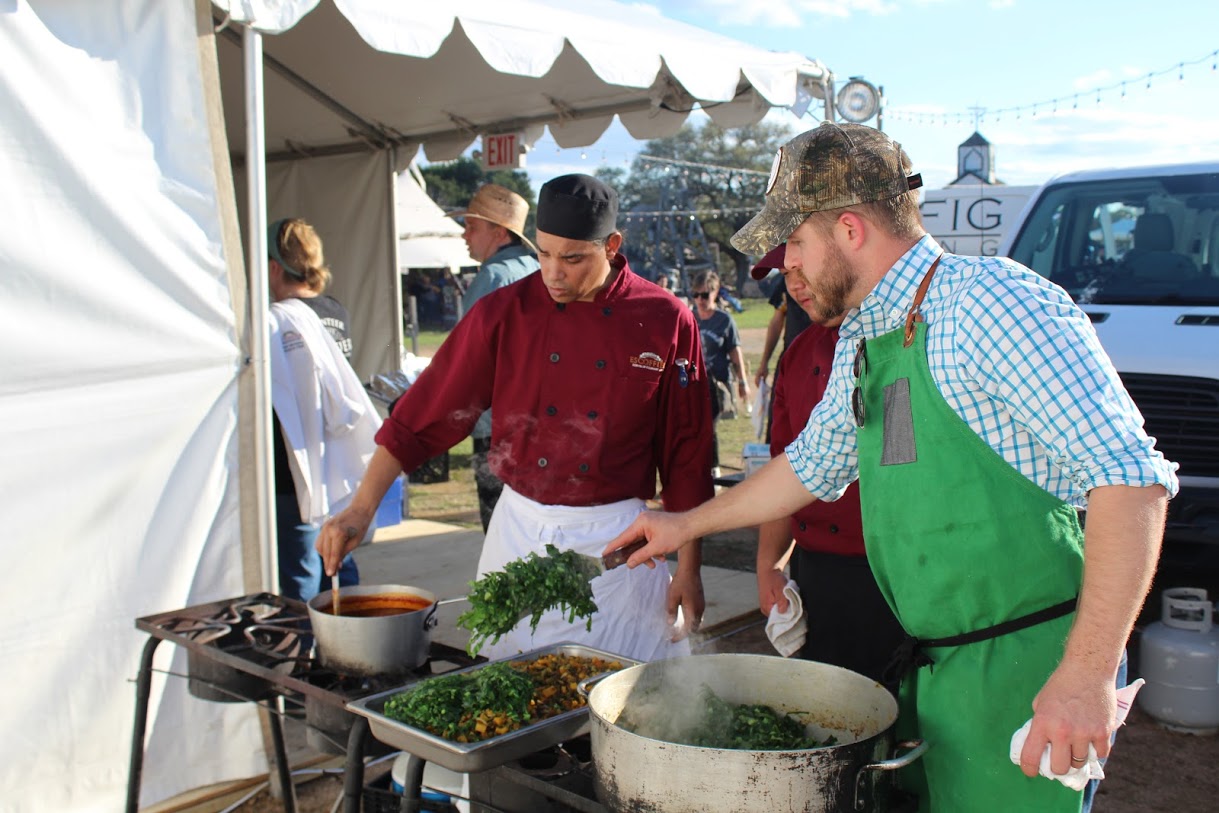 Escoffier Schools returned for another successful dinner with its participation in the Chef’s Pot Luck on March 15, 2017 held at Willie Nelson’s private ranch in Luck, Texas. The proceeds benefited Wholesome Wave, a local organization that focuses on increasing affordable access to healthy food for under-served communities. The dishes were seasonal with a Texas twist featuring ingredients like squash slow-roasted around an open fire, cured meats, barbecued ribs and grilled broccoli rabe, among others. Students helped with everything from sauces to slicing to plating. At the end of the meal, chefs and students were thanked with a roaring standing ovation from all guests according to Austin campus president, Marcus McMellon.

“As always, our students stood out for their work ethic and attention to detail,” McMellon said.

A concert featuring the tunes of Red Headed Stranger featuring Willie Nelson. The Chef’s Pot Luck dinner is connected with South by Southwest, a media conference and music festival held annually in the Austin area.