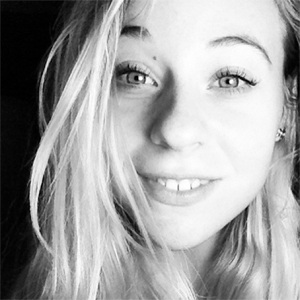 Gwyndolyn Wilkerson, 2013 Winner of the “The Next Escoffier Student – Short Film Competition”

Last year, we hosted a Short Film Scholarship Competition for our incoming students and it was a great success. Well, it’s that time of year again!

All applicants must be enrolled in an Auguste Escoffier School of Culinary Arts professional program, Culinary or Pastry, scheduled to start in the 2014 school year.

Award amounts are as follows:

Awards may only be applied toward tuition for a professional program at the Auguste Escoffier School of Culinary Arts – Austin, TX, or Boulder, CO campus.

To enter the competition, students must submit the following:

We interviewed the first place winner from the Austin campus when she started school in May. Here’s what she had to say:

Escoffier: Gwyndolyn, you just received news that you won our film scholarship competition. How do you feel about that?
Wilkerson: Well first off, thank you to everyone involved in the final decision to make me the winner of this scholarship. You have all changed my life and I couldn’t be more excited. When I got the phone call I was alone in the house and I ran to the door to go outside. My brother walked in, and I was still on the phone, I mouthed it to him and he picked me up and swung me around and we both jumped up and down together and silently celebrated while I tried to pay attention to you (Heather). Then once I was off the phone I ran around the house yelling and dancing and high five-ing everyone and made several phone calls to tell everyone. Afterwards, I made my family dinner and we all celebrated.

Escoffier: So, you’re about to graduate high school. How long have you known you wanted to go to culinary school?
Wilkerson: There has never been a question as to whether or not I wanted to work in the culinary industry. Cooking is my passion, being in the kitchen is life! The question for me was where to go, and how I could pull it off. But with friends who are now alumni from Auguste Escoffier School of Culinary Arts being as successful as they are, I knew I was making the right decision.

Escoffier: And what made you choose Auguste Escoffier School of Culinary Arts?
Wilkerson: I went to school with a few people who have now graduated from the program. My friends Justin Hammond and Nicole Portillo both told me so much about their experiences and seeing them go through the program, I realized that it was the environment I wanted to be a part of. When I came in contact with the school and learned that it was farm-to-table and included lessons on business management, I realized Auguste Escoffier School of Culinary Arts was the place for me.

Escoffier: Can you tell me about your video and what you chose to submit?
Wilkerson: I wasn’t as impressed with my video as you may have been. I had much bigger plans, but I did what I could do, with the resources I had. Trust me, figuring out video editing software is about as much work as peeling raisins. But what you see is pure me. I wanted to show you HOW to make what I was making – you need to know what you’re looking and smelling for; you can’t walk into a recipe without knowing basic things about it. I also wanted to show my technique. I’m very proud of the countless hours I have put into my knife skills. As for what I was cooking, it was simple. Spaghetti is my favorite, and bolognese is my own signature recipe that I have honed over the years.

Escoffier: So, how do you think this scholarship will affect your success as a student here at the Auguste Escoffier School of Culinary Arts?
Wilkerson: Not having to worry about paying my way through school is probably the greatest thing that could have happened to me. The constant reminder that I was going to be working my way through an already vigorous school schedule scared me. I can focus completely on my learning this way, and not on how much work I have to do in order to pay for it. This also boosts my confidence level. And when I go into something with confidence, you can count on me to instill confidence in others. When I am comfortable with what I do, I can lead a pack and we can all be successful.

Escoffier: What do you plan to do after you graduate? What are your dreams?
Wilkerson: While I complete the culinary arts course, I will be saving up for a food truck. After graduation, I would like to open my very own truck and call it “Bomba’s between Bread.” it’s a sandwich truck taking whole dishes and making them portable. Eventually I would love to open a brick and mortar restaurant somewhere nice and sunny. I don’t plan on living a boring life and Auguste Escoffier School of Culinary Arts is the first step to achieving an amazing and exciting life!