After an extremely tough decision, the 3 Escoffier judges and the 1 audience judge advanced 3 competitors into the semi-finals round of the Cake Boss Challenge. The first competitor was Jerrica Heggernes, a veteran of the Pastry Program and soon to be graduate, and the other 2 competitors were Miwha Geschwind and Hannah Gilmore, 2 brand new students into the Pastry Arts Program. Although Heggernes has had the opportunity to work with many cakes during the program, Geschwind and Gilmore are still in their first 6 weeks and have yet to touch or decorate any cakes. Despite the range of experience and creativity, all 3 competitors competed with everything they had and all 3 produced amazingly intricate cakes.

During the first round of the competition, competitors had 12 minutes to ice and decorate an ice-cream cake, but for the semi-finals round the competitors only had 8 minutes and had to produce a completely different design. To make matters worse, immediately after starting the semi-finals round Heggernes cut her finger trying to level out her cake and had to spend 2 minutes icing her cake one handed while first aid supplies were retrieved and applied. Despite having a handicap for the remainder of the competition, it was ultimately Jerrica Heggernes who won the Escoffier Cake Boss Challenge. The final judgements came down to just how precise and detailed each cake was and although Geschwind and Gilmore produced 2 amazing cakes, Heggernes’s decorating experience paid off in the long run. 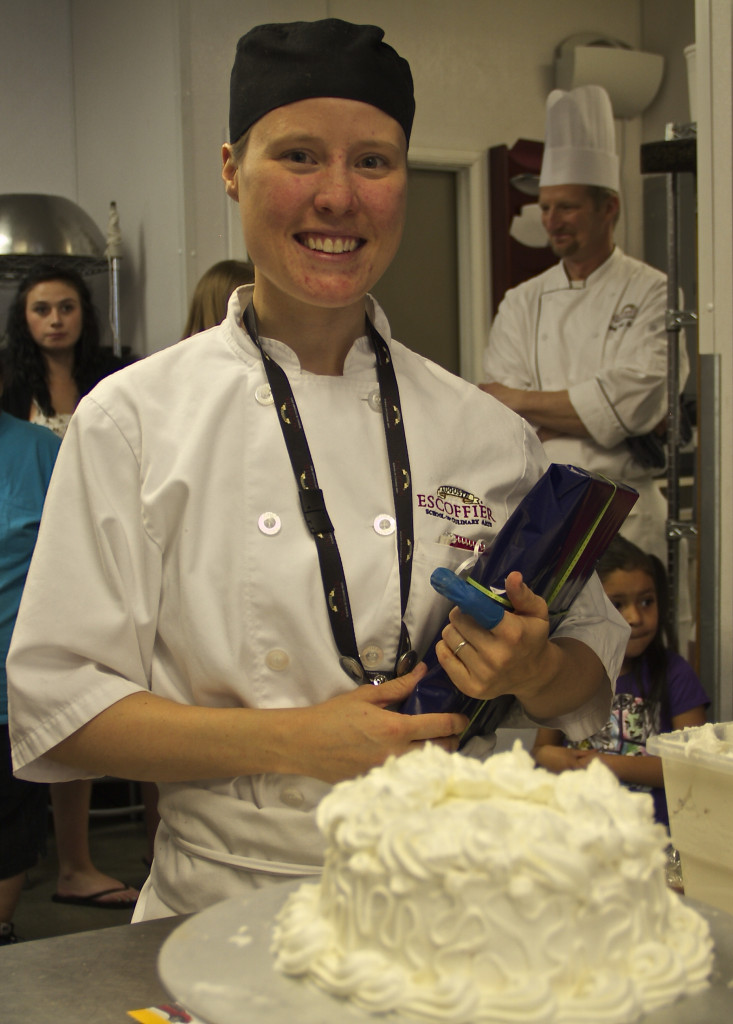 The Art of Scaling a Bakery