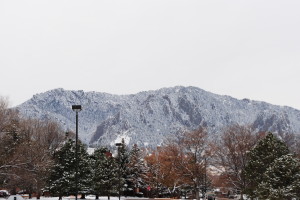 Seven months ago I moved to Colorado from Budapest, Hungary to become a student at the great culinary school, Auguste Escoffier School of Culinary Arts. I say great because I have been to several different types of schools during my lifetime and Escoffier is by far the best.

Moving from Europe to Colorado was very difficult for me. I had two friends, which I had previously known from Hungary, so I was alone, or at least I felt that way. Along with being alone, I was jobless and had difficulty understanding some of the material for the Pastry Arts course. I felt that I had boarded a ship and it crashed into some rocks, leaving me alone on a plank drifting about. My teacher and chef, Chef Amy, arranged for a meeting with Pat Hagan. Pat is the school’s Registrar and she is amazing. If you need to talk about a problem, she is there to help, and always with a smile. Also in the meeting, and unexpectedly, was Chef Graham, the Executive Chef of the school. I had fear of telling my troubles because he came across as a tough leader of the school, which he is, but as I spoke I felt another side of him; he was caring and kind. 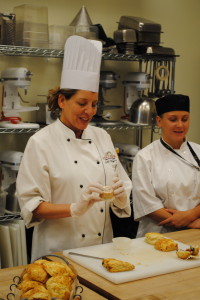 In a very short time, the school had arranged a tutor for me and helped me find a job within the campus. I work in the Purchasing Department, which means that I fill the bins with the necessary items for the classes to make the recipes. It is a perfect job for me because I can be a little OCD and i like to make sure all is in order.

I have also witnessed the school helping other students during difficult times. If you are having trouble paying your tuition in time, they have helped by being understanding and working to find a solution. If you cannot go to school because you have an illness, they will allow you to make up the hours. If you need help, they have tutors to work with you after class, whether it is math help, cutting vegetables or learning better study habits.

I recently had an emergency surgery and the school assured me that when i recover, even though my convalescence would last over a month and half, that I would still have a job and I could pick up where I left off with another group. They wrote me an e-mail stating that I should just worry about getting better and not about school or work now. I have been encouraged to continue on the path to success by every chef that I have had as a teacher, as well as by the chefs who have not taught me and from the office staff on several occasions.

In conclusion, I am not one to recommend something unless I believe in it. I believe in Escoffier School of Culinary Arts as probably one of the best culinary schools in the U.S. and definitely the best school I have ever been to in my life.

If you are looking for a place to learn the culinary arts, be encouraged to achieve the greatest and be sent out to fulfill your dreams, then come to Escoffier for the opportunity of a lifetime.