Blog > Culinary Arts > An Eye on the Environment 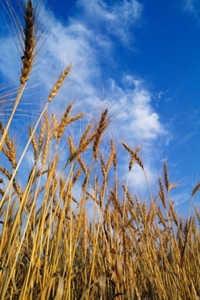 A longtime friend of mine left a Facebook post the other day that I found rather disturbing—the long-standing practice of brewers bringing their spent grains to local farmers for protein rich feed is coming under fire from the FDA.  I’m not a lawyer, and you kind of have to be one in order to understand the proposed rule as it’s written, but the gist of it is:  1./  Brewers primarily produce alcohol, 2./  Spent grain is not alcohol, and 3./  If they’re going to sell and/or give their spent grains to farmers, they have to be treated as producers of animal feed.

On the surface of it, this doesn’t seem like a huge deal.  The idea is, apparently, that brewers could ship inferior or defective grain to the farmers, which could lead to health issues for the livestock and so on and so forth, and as a result, the FDA should require brewers to properly package, label, test, etc. their feed before it gets to a farmer.

The issue arises from the fact that it undermines the community spirit upon which this practice is built.  For many breweries, spent grain accounts for upwards of 85% of its waste, which by my understanding would mean 85% more refuse and less protein and fiber rich feed going to local livestock.  This is coupled with the fact that, as per Beer Institute spokesman Christ Thorne, “There has never been a single reported negative incidence with spent grain.[i]” 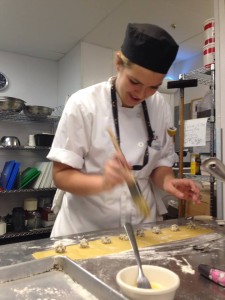 I find this particular issue so galling given the education I received at Auguste Escoffier.  Sure, we learned the basics of baking, cooking, sanitation, etc., but we also learned quite a bit about sustainable food production practices.  We use biodegradable hand towels to wash our hands.  We compost everything that can be composted.  We recycle everything that can be recycled.  We buy from local producers whenever possible.

The idea has always been to keep an eye on the environmental impact of our culinary practices.  Chef Suzanne, who guided my class through fundamentals of baking, was especially adamant about this, insisting that we scale our recipes down to the absolute smallest we could make while still providing enough for everyone to enjoy.  She also taught us how best to save and store goods so that you don’t waste unnecessarily, and how to cut down on excess plastics, foils, and cardboards.

Heck, we have some days where the stock room guys come to our class with a basket full of produce and say “This is going to go bad if we don’t use it.  Make something with it.”  And either the students or the chef-instructor makes something with it, and we share it with the school, the office, and anyone around who is willing to give it a taste.  Going back to Chef Suzanne, she used to routinely use this as an opportunity to make us lunch (and show off what an amazing chef she is), which saved us all a few bucks and kept our compost dumpster from overflowing. 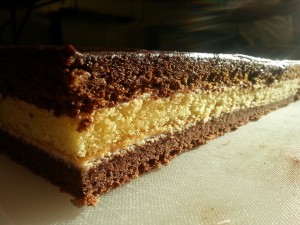 What we don’t have is an inspector that comes in and checks our food before we start passing it around, the assumption being that, as industry professionals or students under the watchful eye of industry professionals, we can make food that won’t kill anybody.  Sure if we were selling people food in a restaurant or cafe, we would be subjected to the same health inspections as anyone else in the industry, but we have an understanding with the people we’re making food for.  And this is precisely what the brewers have with farmers—they are trusted as professionals to choose quality grains and the farmers are trusted as professionals to inspect the grains before giving them to livestock.  The FDA’s new rule needlessly complicates this arrangement and makes it harder to be greener.

The simple fact of the matter is that this is the direction the industry is going.  A great deal of industry professionals’ customer base is uncomfortable (or angry) with a lack of environmental responsibility.  The school does its best to teach its students that both out of a sense of that same responsibility and out of a need to prepare students for the future, rather than for the past. 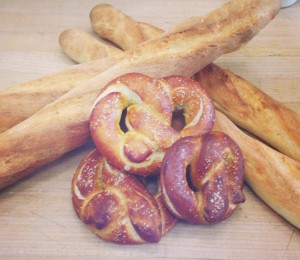 Instead, this FDA rule seems to want to discourage brewers from helping local farmers and from reducing the overall amount of waste they produce.  By my understanding, rather than simply cleaning out the mash tuns into a sanitized bin (of which there are many in any brewery) and then driving that bin to a local farmer, brewers will have to establish entirely separate facilities for the handling of their “animal feed,” including packaging, labeling, and testing.

This will of course cost loads of money, and craft brewers simply do not have that kind of cash to throw around.  Could Miller/Coors make it happen?  I’m sure they can, but I doubt J Wells, or Bootstrap, or even Upslope could without taking huge losses.  The end result will be piles of spent grain being chucked in the garbage instead of being put to use.  Again, this is a process that has had no disasters reported, no upset farmers shouting, and nobody raising any issues other than the FDA itself.

Ultimately, I simply don’t like the precedent this rule would set.  It puts bureaucracy above the nuts and bolts of everyday life as a business owner.  And while I wouldn’t call for an end to all government inspections, perhaps the extent to which this rule hurts brewers is unnecessary?  Perhaps there is a gray area between “no regulation whatsoever” and “you have to buy a pet food factory” where the costs can be lowered or eliminated?  Considering there have been no incidents thus far, perhaps inspecting breweries as they are rather than requiring new equipment is the best way to go?  I’m not a bureaucrat so I don’t know, but that makes sense to me.

If you’re interested in reading the proposed rule itself, it can be found here.

Special thanks to Kenzie Cole, Genevieve Dodd, and Tressa Hodros for letting me use their pictures in this article.