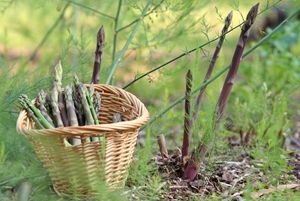 The farm-to-table movement is taking hold across the United States. With its emphasis on humane and sustainable cultivation, lower environmental impact than traditional food sourcing and, maybe most importantly, great taste, the movement has become ingrained in the American eating culture.

There are many entrepreneurs and municipal groups around the country that are promoting farm-to-table practices, which makes right now an especially fertile time for culinary program graduates who want to use their education to try new and exciting things.

Best farm-to-table restaurants
According to USA Today, the number of farmer’s markets in America has tripled since 2000, with a nearly 10 percent increase since 2011-2012, which was the last full year during which that data was collected. That explosion mirrors the number of restaurants that have instituted farm-to-table practices, with professional chefs taking to them like wild salmon take to the local river.

Here are two restaurants around the country that are especially notable for their farm-to-table techniques and the mouth-watering meals they produce:

Industrial cities turn to local food sourcing
Cleveland isn’t the only industrial city that has become a center of the farm-to-table movement, as Baltimore and Milwaukee have both shown recently.

In Howard County, Md., just outside of Baltimore, officials recently announced the creation of a “food hub,” which will help support local growers and make their products more easily available to residents. Milwaukee has taken a similar path, with chefs around town turning to the abundant farms in the rest of Milwaukee to produce seasonally appropriate dishes, thus lowering their impact on the environment.