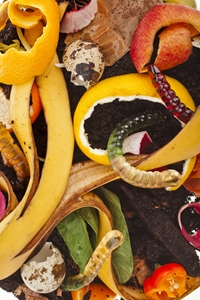 Composting is popular among those who want to live an eco-friendly lifestyle. If you attend a Austin culinary school you know it involves putting organic food scraps in a bin that is exposed to oxygen and allowing them to decompose. Once the compost has broken down into nutrient-rich soil, it can be used in the garden to fertilize fruits and vegetables. However, traditional composting can become a burden for people that don’t want to make the trek to their outside composting bin. The good news is that there is another method of decomposing food that can be completed inside your home.

Bokashi composting is being touted as a versatile alternative to its more mainstream counterpart. Using this method, you can compost dairy, meat and baked goods without the strong odors that usually come from the organic matter.

To begin bokashi composting yourself, all you need is an airtight container like a 5-gallon bucket with lid. You’ll also want to pick up rice bran that has been fortified with micro organisms, which help break down the composting matter. Put your food items along with a sprinkling of the bran in the container. After every few days, check for any liquid in the container and pour it into your garden if any is present.