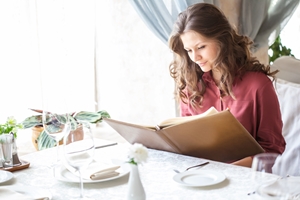 A positive customer experience is vital to the success of a restaurant. Receiving feedback from patrons allows establishments to consistently change and adapt in order to meet the needs of a growing customer base. It’s simple: The more positive the experience, the better chances are that a particular patron will return.

Austin takes advantage of Humm
Chef Robert Irvine is the host of the popular TV show “Restaurant Impossible,” which airs on the Food Network. Irvine blames the failings of many restaurants on a lack of communication between consumer and business. Often it’s hard for the owner to see the restaurant in the same way the customers do. If you’re not talking with your customer base, it’s hard to find out why they’re displeased with your restaurant. Irvine decided to join forces with Bernard Briggs to create a technology start-up known as Humm Systems. The men created a device that allows customers to share their experience without even stepping foot out of the restaurant in which they dined. This system also lets the patrons enter their email addresses and join loyalty programs in order to receive special coupons and deals.

The goal is to have patrons use this survey tool as a way to communicate, rather than sharing their negative experiences with the world on social media and user-generated review sites. Humm Systems is extremely easy to use – customers are given a tablet accompanied by the check. Patrons have the option to use the notebook to fill out a survey regarding the restaurant experience as a whole. The system is already having a positive effect on Austin restaurants like the County Line BBQ and ALC Steaks. Briggs reported that there was a 45 percent reduction in negative online comments after giving customers a way to share their dining experience.

Skeeter Miller of County Line BBQ enjoys the instant alert feature. When a customer mentions a certain problem that they experienced while dining, the establishment is immediately notified so that the problem can be taken care of as quickly as possible. As for Catherine McCune of ALC Steaks, it was the feedback on her menu that positively affected business. McCune had recently changed the menu, so hearing from customers helped tailor that menu to meet their needs. Since Humm systems have implemented this communication system, there has been a 43 percent reduction in negative comments on company review sites.