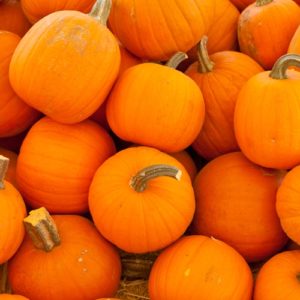 There’s nothing better than a spicy pumpkin beer on a cold October night.

Whether you’ve had a long day at work, university, or Boulder culinary school, there’s nothing better than curling up with a nice beer on a crisp October evening. Love it or hate it, autumn just isn’t autumn without some pumpkin beers. Whether you prefer your beer to taste like liquid pumpkin pie or if you like a more subtle hint of spice, at least one of Colorado’s many breweries has what you’re looking for. And even if what you’re looking for isn’t pumpkin beer, they still have plenty others brews that are sure to tickle your fancy.

Dry Dock Brewing Company: Imperial Pumpkin
ABV: 9 percent
Dry Dock’s first pumpkin ale, Half Moon Pumpkin Ale was so well-received that it decided to create an imperial version of it. Imperial Pumpkin is made by adding pumpkin to the mash, giving it the smooth base that easily supports the notes of cinnamon, nutmeg, ginger, allspice, mace, and clove.

Upslope Brewing Company: Pumpkin Ale
ABV: 7.7 percent
This Pumpkin Ale consists of organic baby bear pumpkins from Munson Farms and a blend of six spices. An anticipated release every fall since 2009, Upslope has worked with Munson Farms ever since their first batch.

Epic Brewing: The Gourdian?
?ABV: 6 percent
The Gourdian is a milder pumpkin brew, combining orange peel, star anise, cinnamon, cacao nibs and pumpkin. You can taste a hint of graham cracker pie crust and maple in this perfect dessert beer.Though Epic Brewing is originally based in Utah, they have a Denver facility.

Bristol Brewing Company: Venetucci Pumpkin Ale
ABV: 5.8 percent
All of the proceeds of this limited edition brew go to the local Venetucci Farm and Pikes Peak Community Foundation. It’s light and subtly spiced, and you’ll feel like you’re doing a good deed while you enjoy it!

Wynkoop Brewing Company: Pumpkin Ale
ABV: 4.2 percent
Also known as the “drunken pumpkin” ale, this brew has freshly roasted, pureed and flaked pumpkin in it. It’s brewed with honey, vanilla and autumn spices, and falls just as much on the pie side as it does the beer side.