Chefs love to cook…but that doesn’t mean they love to cook everything! No career path is always fun all the time, and the culinary and pastry arts are no different.

There will usually be a few dishes that feel more like a chore than a joy.

Whether it’s due to the time involved, the flavor of the dish, or a lack of respect for the ingredients, there are just some dishes chefs hate to make. Find out what’s on the “do not make” list for Auguste Escoffier School of Culinary Arts Chef Instructors.

The push and pull between chef and diner is perfectly encapsulated in the well-done steak.

Chef Instructor Chris Scalia understands that different people like different things. But as a former steak house executive sous chef, he struggles when people ask for a dried-out steak.

“I am a firm believer in having respect for ingredients and bringing out the best a food has to offer through proper cooking techniques. Coming from a steakhouse, every once in a while, an order for a well-done steak would come through. It can be frustrating due to the long cooking time required. I also do not understand what’s to love about a dry and tasteless piece of meat that has been obliterated in a broiler with intense heat.”*

If you’re lucky enough to dine in Chef Chris’ kitchen, he will prepare your steak just as you request it. But he may not be happy about it!

The snackable charcuterie board sounds easy to make. These smorgasbords are assembled from a variety of cured meats, cheeses, and crackers—plus optional add-ons like olives, pickles, terrines, and spreads.

But there’s a lot more to making a beautiful charcuterie board than tossing a handful of meat and cheese on a wood plank. They must be carefully laid out, with close attention to proportion and color. And according to Chef Instructor Jackie Abril-Carlile, they can really slow down your workflow.

Still, as such a popular shareable item, Chef Jackie finds herself frequently elbow-deep in charcuterie as Executive Chef of North Mountain Brewing in Phoenix, AZ. A beautiful board like this takes time to make!

Sometimes, the frustration that comes with a certain dish is worth it—if it’s that good. Case in point: Chef Instructor Joseph Celmer loves to eat foie gras torchon, but making it is another story.

This decadent, melt-in-your-mouth appetizer is made from fatty goose liver. But the prep is intense. The two halves, or “lobes” of the liver must be “cleaned” of their veins before the liver can be cured. It’s a time-consuming, delicate operation. “It takes forever with a magnifying glass and tweezers to clean the little hair-like veins out the lobes,” says Chef Joseph.*

But as annoying as the prep is, he still makes it for Christmas. Why? “Because it is amazing.”* Deviled eggs are a simple recipe. Hard-boiled eggs are peeled and halved. Then the egg yolk is mixed with mayo, mustard, and possibly other ingredients before being piped back atop the egg white.

While they’re simple, and Chef Susan loves eating them, but she hates peeling hard-boiled eggs! So she doesn’t make deviled eggs often. “Not unless someone makes me,” she says.*

Quick tip: older eggs peel more easily than fresh. So use the eggs that you’ve had in the refrigerator for a bit for hard boiling!

For Chef Instructor and Executive Chef Bob Scherner, the dislike of one dish came from the environment more than the dish itself.

“Back in the day, I opened a breakfast and lunch café, and I had to be there by 5:00 a.m.,” he explains. “The first thing I had to make was banana bread. Something about the smell and sloshing sounds of the smooshed bananas in the mixer was too much at that hour. I learned to really dislike making it.”*

Now, he never makes it (which is a real shame because banana bread is delicious). Checking the crumb on a slice of beautiful banana bread.

Sometimes, it’s not eager customers but requests from family members that keep a less-than-beloved dish in a chef’s regular rotation.

By Day, Escoffier Instructor and Registered Dietician Shelly Travers Smith teaches The Science of Nutrition and HW 130 – Holistic Nutrition to students. By night, she cooks for her family. (Lucky them!) But one of the dishes she’s not enamored of is fish and chips, made with beer-battered cod.

Like most people, she doesn’t have a deep-fryer at home. So she has to fry up her fish in a small dutch oven. It has to be done in batches, which means it takes a long time to fry enough fish for everyone.

“I still make it because it is my family’s favorite dish! I almost regret ever making it, but typically I can be persuaded to fry up some fish once every month or so,” she says.*

7. Cheesecakes and Other Baked Goods

On it, you’ll find cheesecake, cupcakes, red velvet cake, and mille-feuille. And each dessert comes with its own reason why it’s on Chef Steve’s bad side.

“Cheesecake is the ‘Bud Light’ of desserts and a pain to make,” he says.* Harsh!

For cupcakes, the problem is the time involved. They take longer to make and decorate than one would think, and it’s hard to sell them for a price that justifies all that work. 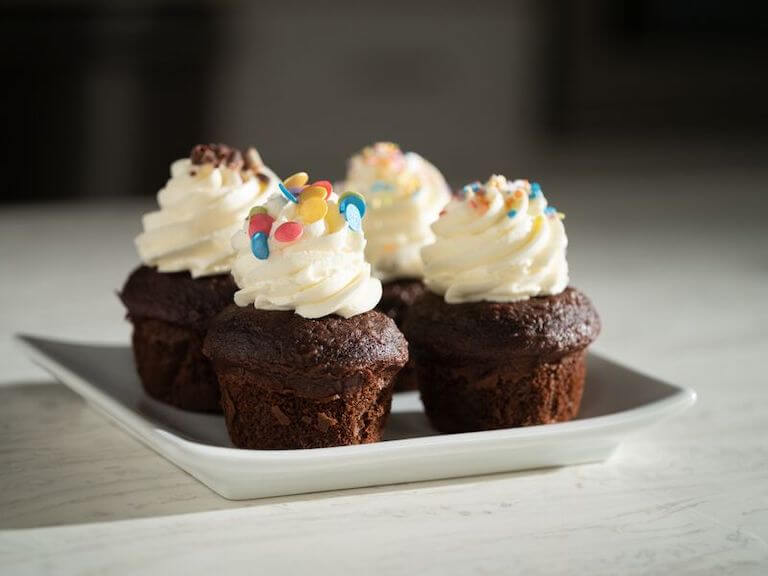 They may be time-consuming, but they’re so cute!

With red velvet cake, it’s just a matter of the red food coloring getting everywhere. And for delicate mille-feuille, the problem is, again, the time it takes to make them. Plus, Chef Steve says, “The puff pastry often breaks as you’re assembling them.”* Sounds frustrating. 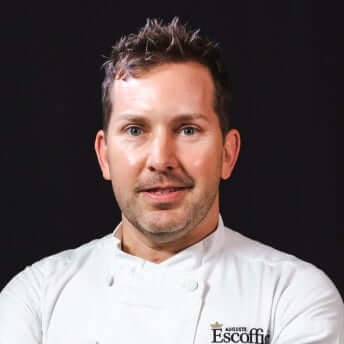 “When I had my bakery, I made these things. But I did everything in my power to convince the client to get something else!”*
Escoffier Chef Instructor Steve Konopelski

For Chef Instructor Eric Scholtes, the problem with liver and onions is…everything. This dish is made from beef liver and bulb onions, and it’s a staple in working-class German communities.

But Chef Eric has nothing nice to say about this particular dish, which he finds to be difficult to make. “As the Executive Chef and F&B Director at a couple of senior living facilities, I was almost forced to incorporate it into the menu. Thankfully I don’t have to make it anymore.”*

Finding the ingredients for some recipes can be the struggle that puts them on a chef’s “do not cook” list. For Chef Instructor Anthony Frazier, it’s the traditional lingonberry jam that makes Swedish meatballs, or köttbullar, a hassle. He can never find it!

While some recipes skip the jam, Chef Anthony prefers the traditional version. “Substituting it is just not the same,” he says.* But he still makes it once a month, to please his family. These Swedish meatballs are pictured with cranberry sauce. That won’t fly in Chef Anthony’s house!

Some people take great joy in classic holiday traditions. But Boulder Lead Pastry Instructor Dan Widmann is all about making his own way through the festive seasons.

One tradition that he’s abandoned is the classic Thanksgiving dinner with all the fixings—turkey, stuffing, cranberry sauce, mashed potatoes, and gravy.

“Turkey itself is not the most exciting dish. Often the side dishes are more interesting. Also, it is two days of solid work for a [single] dinner.”*

Instead, he and his family have switched to steak on the grill and lobster tails for Thanksgiving. “I can go from start to dinner table in 30 minutes!” he says.* “Unless you are hosting a lot of people, there is so much left over. Five days of turkey leftovers are too much!”*
Escoffier Boulder Lead Pastry Instructor Dan Widmann

Sometimes, there’s just no way around it. You have to make something you dislike—especially when it’s on pretty much every restaurant menu…like salad. Yes, the humble salad is Chef Instructor Jon Todd’s culinary nemesis.

“I am not sure why, but I just truly hate making salads,” he says. “I’ve never enjoyed it. I don’t like eating or ordering salads either, so that is probably why.”*

Ironically, he knows that his salads are great! “Plus,” he says, “they are essential for any balanced menu.”* One of Chef Jon’s lovely salads

Vegetable-packed gazpacho is a chilled summer soup that tastes like a fresh garden. In the traditional Spanish version, all those veggies go into a blender for a smooth soup. But the American version is full of chopped veggies like tomatoes, bell peppers, and cucumbers.

For Chef Instructor Christopher Moore, it’s too many ingredients and too much knife work! Much easier to give everything a rough chop and toss it all in a blender.

As an instructor of World Cuisines at Escoffier, perhaps it’s no surprise that Chef Christopher only makes the authentic Spanish version. He loves Chef Jose Andres’ recipe. And he’ll only make it in the summer, when the produce is at its freshest! Perfectly ripe tomatoes are crucial for a good gazpacho!

Learn The Rules (So You Can Break Them!)

No one loves 100% of their job 100% of the time. Even the happiest chefs have dishes they don’t love to make!

But while you may not like cooking every single dish, it’s still important to know how to make them. After all, you need to know the rules before you can break them!

Explore Escoffier’s programs in culinary arts, plant-based culinary arts, and baking & pastry to start discovering the dishes you love to make (and maybe a few that aren’t your cup of tea.)

To learn more about the real life of chefs, try these articles next: