This week’s edition of New Perspectives is especially important to me, as I finally sit down and interview Tressa Hodros, one of my classmates in the Pastry Arts Program, and my wife of over four years.  Tressa is one of my personal heroes, having overcome more adversity than most people are capable of while excelling and thriving in every endeavor she takes on.  I sat down with Tressa to ask her about her time at Auguste Escoffier as a Pastry Arts student, though she is also a Culinary Arts grad. I used to be very unhappy in a creativity-stifling job. The only things that brought be much happiness back then were my husband Ryan, and baking sweets for my office. People loved them so much that “Cupcake Monday” turned into the best day of the week. Making other people smile brought me so much happiness that I decided I wanted to make it my career.

The adventurous side of me wanted to go somewhere I’d never been before, but I was worried about committing to a school I’d never heard of. I was searching for culinary schools but was disappointed by the reviews and testimonies from “big school” grads. I kept seeing the same complaints… “They spent a MONTH teaching me how to cut onions,” “My class was so big I never got any individual attention,” “My teacher didn’t know my name.” So when I saw the video on Auguste Escoffier’s website, I knew this school was different. I was excited to talk to Ryan about it when he got home, but no more than 20 minutes later I got a phone call from Toby and was ready to apply!

Our class was small enough to allow some time to experiment. Chef Suzanne always encouraged us to figure out what went wrong and to try it again. Chef Kelly encouraged us to change the recipe and make it our own. Having that freedom gave me the confidence to say, “I can figure something out.” When it ended! Pastry school was SO much fun!

What have you been up to since finishing the program?

Well… a lot. My externship got off to a rocky start. I had a very difficult time finding a pastry position anywhere, so when time ran out I fell back on my culinary background and got an unpaid position at a restaurant in Longmont. I was told that I would be helping to revamp their dessert menu, but after two weeks it became obvious that all they wanted was another savory prep cook, so I started looking for another externship location.

Udi’s (now Izzio’s) was hiring bakers, and I enjoyed the “Artisanal Bread” block of school, so I decided I would take the job. It was extremely difficult work, but at least I was making delicious bread. I also knew that the experience would be good for me, so I stuck it out. When they switched me to graveyard shift, I thought it would be okay, but medical issues due to lack of sleep forced me to ask for a different shift after just two months. When management refused, I had to put in my two weeks.

At this point I was very discouraged. I even started applying for jobs that have nothing to do with pastry or the culinary field at all! My classmate Rose, put in a good word at the restaurant she worked in for me, and I ended up on the hot line.  It wasn’t exactly what I wanted to be doing, but having attended the Culinary Arts program at Auguste Escoffier, I at least was prepared for the job.

A few months later I got a phone call from one of my Culinary classmates. She knew that I was unhappy on the hot line, and asked me if I’d be interested in being her pastry chef! I went in for a stage the next week, and from the moment I walked into The Guard and Grace, I knew I’d found the job of my dreams! Many students stress about finding an externship.  Any advice?

Don’t settle for something you don’t enjoy. Life is too short to hate what you do 40+ hours a week.

They might not be high-end, but cupcakes are still my favorite thing to make. I love to make lots of identical tiny garnishes to decorate them, and I’m freer to experiment with new flavors because people are just more willing to try new things when they come in a paper wrapper.

Do you have any cool class stories to share?

The day I helped one of my classmates master chocolate tempering was particularly rewarding for me. She always took her time learning new skills, and tempering chocolate is hard for anybody, so when I saw her get visibly frustrated at her umpteenth failed attempt, I wanted to help. We spent the next couple hours working together until she had done it. Seeing the light bulb in her eyes light up was SO gratifying. She eventually came to love chocolate so much that she committed to it for her externship! 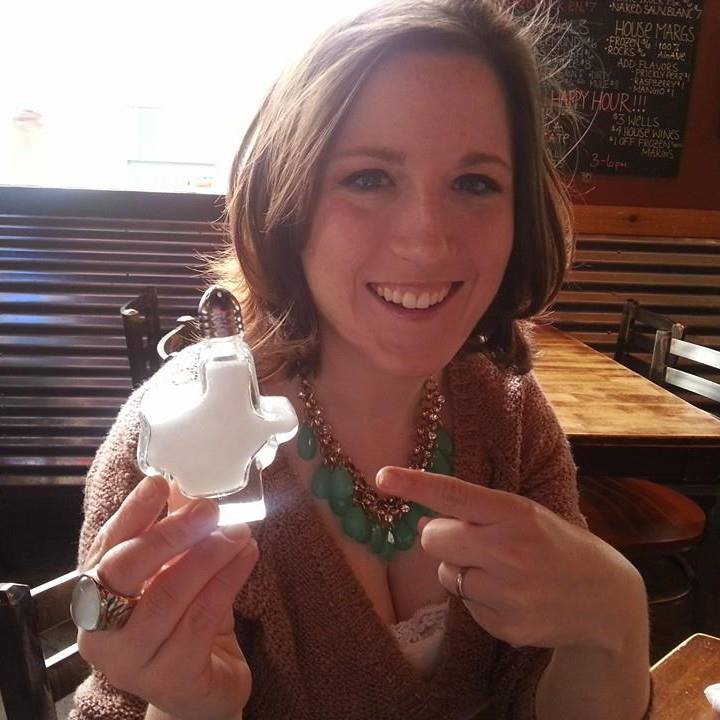 You don’t know anything yet. You don’t know what you’ll learn or what you’ll forget about. Maybe you thought you wanted to make chocolates, but when you learn about Artisanal Bread you might fall in love. Maybe you plan on opening a bakery immediately after school, but when you go to Entrepreneurship you might realize that you had no idea what you were thinking! Keep your options open, have an open mind, and don’t settle for less than your dream job!

It was a lot of fun applying my interviewing skills with Tressa, and her answers surprised even me at times.  I’m excited to see where her career takes us, as her abilities and adventurous spirit could lead anywhere!