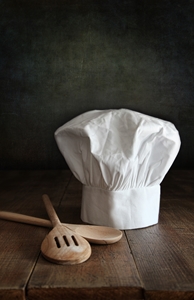 Food & Wine Magazine will soon announce the winners who will be taking the title of “The People’s Best New Chefs for 2014.” In the running are three exceptional Austin chefs who will be up against other talented chefs from Dallas, Denver and Salt Lake City. Last year’s 2013 competition featured 10 winners from all over the globe. Food & Wine Magazine has been announcing “Best New Chefs” for the past 25 years, spotlighting talent from different restaurants and regions. Let’s take a look at this year’s Austin chefs who are in the running, and what makes them contenders for the award:

Mat Clouser: Swift’s Attic
Swift’s Attic is a lofted space with an urban, industrial vibe. Natural wood and exposed light bulb fixtures provide a rustic charm that makes the environment just as enticing as the food. But the mastermind behind the establishment is Mat Clouser. He whips up small modern, American plates for his customers. Some of the food that’s served here you won’t find anywhere else. Take the charred edamame with Pop Rocks and chili oil, for example. There’s also the sunchoke and fennel salad complete with a sunnyside-up egg for some bright color and creamy texture. Food & Wine certainly recognized the unique cuisine and praised Clouser for his “light and imaginative (and spot-on) small plates.”

Clouser arrived in Austin in 2000 and has since built up an impressive resume. He has worked at Jeffrey’s and as a sous chef at Vespaio and Demi Epicurious. He also worked at Uchi as the chef de cuisine, working under chef Tyson Cole.

Andrew Wisehart: Contigo
Food & Wine has identified Wisehart’s cuisine as “terrific rustic dishes,” which completely makes sense considering his background. The Texas native grew up working a ranch and hitchiking his way through Europe, picking up unique cooking skills along the way. It’s these experiences that set him apart from other culinary professionals in the industry. Wisehart also had formal training, studying at the Austin culinary arts school Le Cordon Bleu. After that, he moved to Napa, Calif., where he worked at La Toque, picking up real-world experience and applying his culinary education. He also graced the kitchen of Angele, where he learned to prepare French comfort food.

Wisehart’s successes as the executive chef of Austin’s Contigo is what put him in the running for Food & Wine’s award. This establishment was actually modeled after Contigo Ranch in South Texas, which helps Wisehart feel right at home. The ambiance is simple and rustic with a relaxed atmosphere in which people can unwind with a beer.

Qui now owns two award-winning restaurants, Qui and East Side King, both of which feature Asian fusion cuisine with seasonal plates that use local ingredients.