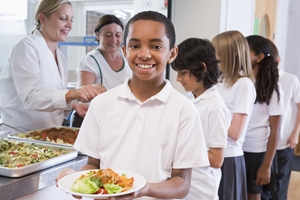 City council members in Austin, Texas, will vote on Nov. 28 on a measure that would ban the new construction of fast food facilities near child-centric places like parks, schools, day care centers and libraries. The Austin City Council hopes that by passing the initiative, a “healthy food zone” will be created around local schools and learning centers.

Austin culture and cuisine
Known for its farm-to-table dining establishments, Austin has earned a reputation as a hotspot for culinary philosophy and discussion. Some of the most popular and reputable restaurants in the area boast a wealth of locally harvested produce options. Austin restaurants like Trace, Whip-In Parlour Cafe, Lenoir, Olivia and Barley Swine are just a few examples of establishments that personify how area residents have combined sustainability with good taste.

What qualifies as healthy?
A focus on local, sustainably harvested and healthy food is central to Austin’s discussion about allowing fast food near its local schools and child care facilities. However, the initiative being voted on by the Austin City Council doesn’t limit businesses from selling anything that could be considered unhealthy – it simply prohibits the construction of fast food restaurants. Councilman Mike Martinez told Austin ABC affiliate KVUE that the guidelines for healthy food would be determined by the city in conjunction with Food and Drug Administration guidelines.

Reaction to the initiative
Students at Texas culinary schools will want to pay close attention to the measure, as it may impact the way Austin residents – especially parents – view cuisine as a whole. The initiative has drawn both praise and criticism from local residents.

“I think it’s a great idea,” Austin parent Nicole Miles told KVUE. “I remember as a kid growing up and going to the fast food chains, it was always easy, quick and that’s what you wanted to eat. But I don’t want my son, as he gets older, to be able to have that access.”