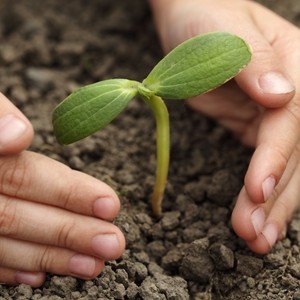 When you think of a cyborg, you probably picture something along the lines of the “Terminator.” However, the term may no longer apply exclusively to human-machine combinations. One researcher in Italy believes that plants can speak to computers too, and that the combination may lead to environmental benefits. While you won’t find cyborg plants in your farm-to-table experience any time soon, you may be surprised how the plants could benefit the environment.

The project
Andrea Vitaletti is the head of a group of researchers who began PLEASED, or PLants Employed As SEnsing Devices. The idea is that plants can be monitored via computer the way humans can, similar to when you’re hooked up to a heart monitor in the hospital. Electroencephalography (EEG) reads electrical activity in the brain and translates it into visible patterns. Vitaletti and his team believe that this concept can be applied to plants. Cyborg organisms can transmit information on temperature, soil conditions and chemical content.

Building a network
When humans’ brains are monitored, the machine only looks at one person at a time. PLEASED, on the other hand, will build a network of plants. According to Wired, the concept is a little like that of the Internet. The organic and mechanic combination plants will plug into a network of other entities to create a community. As a widespread group of digital and physical plants works together, it can inform farmers of environmental conditions. Rather than having a thermometer, humidity reader and other devices, farmers can monitor the condition of their crops via the plants themselves.

Sustaining the environment
If you can get past the idea of cyborg plants, then you may be wondering how all this can help create sustainable agricultural options. According to the project website, the idea is that cyborg plants will be scattered throughout a single environment, sending readings through the network. The information gives growers an accurate real-time understanding of environmental conditions. Furthermore, the readings will help farmers discover what issues are causing crop failure.

“There’s evidence that plants react to damages, parasites, pollutants, chemicals, acids, and high temperature,” Vitaletti told Wired. “But what’s not known is whether it’s possible to look into the signal and see what generated the event.”

If cyborg plants can be used to find the cause, it will allow growers to tackle the culprits responsible for crop failure. By removing or fighting the source, growers can eliminate the threat without overcompensating with chemical pesticides.

Eventually, researchers hope that PLEASED will be used to reduce air pollution and chemical dependency in farming. They aim to make the plants self-sustaining and cost effective.

Obstacles
PLEASED is still in the early stages of its progress, though some findings have been published on the project website. The greatest challenge is both a blessing and a curse. Plants are simpler than humans, so theoretically they should be easier to understand. However, that presents some obstacles.

“It’s harder to give and receive feedback from a plant. You can ask a human to think about the color red, for example, but you can’t ask a plant to think about a bug landing on its leaves,” Vitaletti told Wired.

So far, researchers have published sound, music and video recordings from their experimental cyborg plants.