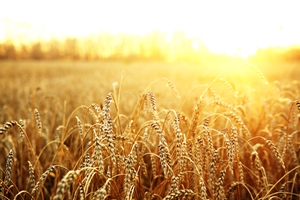 International diet diversity is at risk. According to a study published by the International Center for Tropical Agriculture (CIAT), people’s diets around the globe are becoming increasingly similar. In fact, food producers have begun to cook with the same crops internationally, such as soy, corn, rice, wheat, potato, and sunflower and palm oil. Experts fear that this trend could be robbing people of micronutrients that come from having a diverse diet.

As a student of an Austin culinary arts program, the changes in global eating trends might affect your future career goals, such as creating a farm-to-table experience.

How we got here
The CIAT study was conducted using 50 years of United Nations’ Food and Agriculture Organization data. The information showed that trade is a major driver of this international eating trend. Producers send their crops around the world to earn money. The study also notes that as more people move to cities, they have better access to supermarkets, which sell a pretty standard variety of food. For example, how many grocery stores have you visited lately that didn’t have tomatoes? Not too many, which shows how standardized eating has become. Additionally, urban areas are less likely to have gardens, so people don’t produce their own local crops.

You could even speculate that as companies like Starbucks, McDonalds and Chipotle spread their reach across the globe, more people may get hooked on the same diet. Furthermore, some of the major crops (like wheat and soy) are used in a variety of ways. Rachel Laudan, a historian at the University of Texas and author of “Cuisine and Empire: Cooking in World History,” told NPR that processed foods are the most interesting. For example, wheat isn’t just for bread, it’s a vital ingredient in cake, pizza and even beer. Soy is one of the most versatile vegetables and is found in everything from crackers to meal alternatives.

Dangers of a global diet
Farmers know that planting just a few crops can be dangerous – even companies understand the principle. If you rely on one item for the majority of your profit, then losing it could be your demise. So what happens if the whole world relies on soy and wheat and those crops fail? Prices will rise and a bit of panic may ensue. Natural disasters and disease are a huge concern when more people need those few products, because these events can wipe out the food supply.Overall, experts fear that this trend isn’t sustainable.

Additionally, a limited global diet includes fewer nutrients. Eating sustainable food, which is also seasonal, gives your body a variety of vitamins and minerals, allowing you to thrive. A plate full of colorful food is one of the staples of healthy eating.

Reversing the trend
It’s hard to pinpoint what can cause the trend to turn around, though education can certainly be a first step. If more consumers know that eating a diverse and sustainable diet will lead to a healthier planet and life, then they might choose local produce. Groups like the Slow Food movement work to teach people about the benefits of sustainable eating. Perhaps you can even promote a farm-to-table lifestyle with your cooking. Consumers have a lot of power in free markets. By purchasing local food, you’re telling producers what to sell.