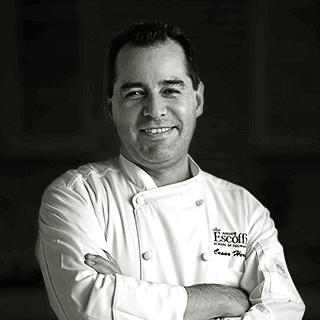 "When I have a student who’s having a hard time, I tell them that those important things in life don’t come easy. I remind them that their education and culinary dreams are very important, not only to them, but also to me. I’m here to help them make those dreams come true, and I want to see them on graduation day."

While working as the Sous Chef at Pub at the Square, a fine-dining restaurant located in Woodstock, Illinois, Chef Cesar had the opportunity to cook for Bill Murray and all the actors in the movie Groundhog Day, an experience he’ll never forget. In his career, Cesar also worked in upscale country clubs doing up to 100 weddings a year and owned and operated his own restaurant, which he later sold.

A native of Mexico and transplanted to Illinois when he was 10 years old, Cesar started in the restaurant industry at the age of 12. He began peeling potatoes, washing dishes, and cleaning tables. From there, he simply fell in love with everything that happens in the kitchen, knowing it was meant for him to become a chef.

By the time he started his junior year in high school, Cesar was working in a French restaurant, Le Vychossoise, under Chef Bernard Cretier’s guidance. There he was able to hone his skills under a very well-respected and very strict chef. The hands-on training Cesar received was phenomenal, and working for a French chef was a dream come true for him.

Chef Cesar has have been in education for the last nine years. His biggest passion is being able to pass on the knowledge he once received from his mentors to his students. He finds this the most rewarding thing he could ask for.

He also enjoys spending time with his wife, two daughters, and granddaughter, gardening, and hiking. He’s a member of the Disciples of Escoffier and still works in the industry, since he just can’t stop being in the kitchen and doing what he loves most! To me this dish is very special. It was the first soup I learned how to make when I was only 17-years-old. I worked at Le Vichyssoise restaurant in Lakemoor, IL, under Chef Bernard Cretier. 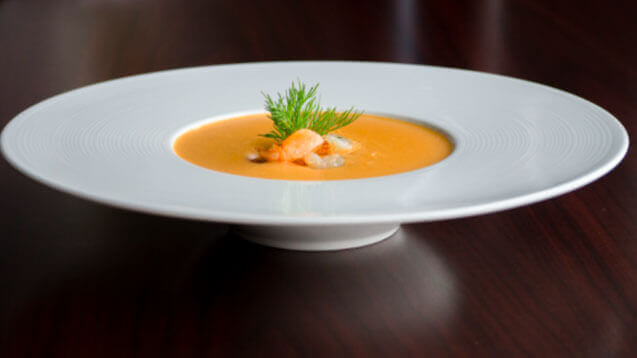 Every time I make this dish, I remember how scared I was when I did it for the first time. I had to make it right in front of the customers, and I was so afraid of messing up and burning someone from the flambéing of the cognac used to make the sauce. This dish was on the first Valentine’s Day menu I wrote. The chef gave me the opportunity to do a few entrees, and he was very happy with the results. 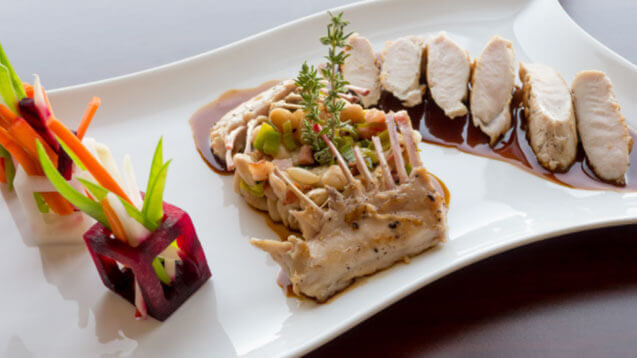