"Give it your best effort and take lessons learning by what went well, but more importantly, what might not have gone to plan. Perfection is achieved by continual progression."

Chef Kirk has been fortunate to work with many great chefs and learn from each and every one of them. He rose through the ranks and found himself as the Head Chef of a location in Arizona. During his time with the company, he was given many opportunities to continue growth and learn by helping design training platforms and facilitating new restaurant openings. But what he enjoyed the most was being able to share the knowledge he had gained.

Kirk began cooking at a young age. One of his mother’s rules was that once a week they were required to cook a meal for the family. He would comb through cookbooks and try to find something different each week. This was a chore he didn’t mind doing — it was fun, exciting, and so much learning happened.

When it became time for his first job, Kirk sought out employment from local restaurants in his area and wound up working in fast food. At the age of 16, he learned about the industry and the equipment, but mostly started to see the fun in the comradery. Before long he had given his notice and went to work in a local family-owned kitchen and continued to learn and grow over the next couple of years.

Through college he worked his way up through the ranks and became a Student Manager at one of the campus dining halls, being able to work with some great chefs and learn different skills and techniques along the way. Out of college, he decided to try and find his way out of the food industry with a couple of different jobs, but nothing brought the excitement or enjoyment he had had previously. So Kirk went back and found himself working at a brunch restaurant.

Chef Kirk has found himself in other restaurants learning new techniques, but in his opinion, there is nothing more rewarding than being able to help others learn.

Simple but delicious. I have always been a fan of street tacos and the amazing flavors that come through with simple ingredients! 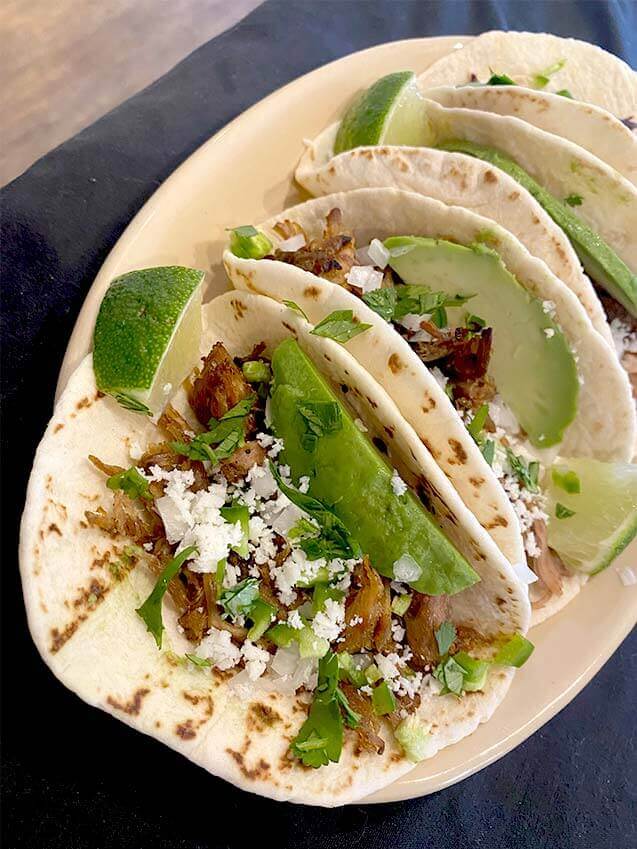 I grew up with biscuits and gravy being a staple in my house. I have taken the teachings from an early age and put a simple twist on it: biscuits and maple bacon gravy. It is different than what was made at home, but brings back great memories. Hanging out with my two children and playing video games.