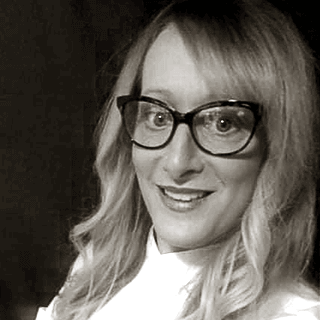 "Always listen to your inner chef; that voice is never wrong."

Chef Angela has served as a Chef Consultant, a Corporate Chef/Broker, and the Executive Producer at the Taste of St. Louis where she helps conceive, strategize, arrange, employ, promote, implement, gather, deliver, and produce the exciting Chef Battle Royale! She’s also currently involved in the ACF, St. Louis Chapter.

Angela became addicted to the culinary arts/sciences and business when her mother and grandmother took her shopping at Famous-Barr at Northwest Plaza in St. Louis, Missouri. She fell in love with the restaurant’s world-renowned french onion soup, obsessively devouring whole bowls of it while the chef looked on and acknowledged her “adult palate.”

Chef Angela graduated as part of the very first graduating class of L’Ecole Culinaire in St. Louis. Her education continued in the South of France under the tutelage of Master Chef Renee Berard.

Back in the United States, she began work as Sous Chef at The Market at Busch’s Grove, Executive Chef at Lola in Downtown St. Louis, and Local Harvest in Kirkwood, which she helped start. She made Paleo meals for the St. Louis Cardinals’ players and soon after landed the Executive Chef status at Nosh in Maplewood.

Angela loves her position as an Escoffier Chef Instructor, teaching students the fundamentals of cooking and honing their skills to be future accomplished chefs.

Gardening, playing with my grandkids (12 and 2 years old), travel/road trips, and COOKING!