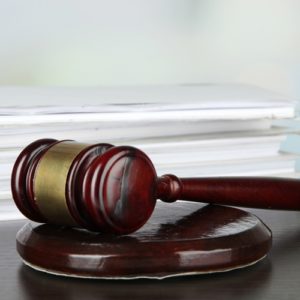 A lawsuit over branding rights has emerged in the Colorado culinary community.

Boulder culinary school students have a unique opportunity to learn about the risks of marketing in the restaurant business, as a lawsuit has emerged between two favored Colorado establishments in March. According to The Coloradoan, the popular Boulder-based restaurant known as The Kitchen is suing a Loveland-based establishment called Next Door for infringing upon its branding. While it remains to be seen if the case will actually make it to court or will be settled privately, it could be a landmark trial for the Colorado restaurant scene, as both establishments have been growing in popularity.

The lawsuit
Management of The Kitchen and its lawyers feel that Loveland’s Next Door restaurant has unfairly used the name to attract business to its restaurant. In order to fully understand this dispute, one needs to be familiar with the progression that the Kitchen has undergone throughout its expansion. The Kitchen currently has four restaurants in Colorado, each bearing one of two names. Its primary location, which is known simply as The Kitchen, is in Fort Collins. The restaurant has three other locations, all of which are branded slightly differently as The Kitchen Next Door. These establishments are located in Boulder, Glendale and Denver, respectively. The Loveland restaurant, simply titled Next Door, is believed by management of The Kitchen to be piggybacking off of the names of the expansion restaurants. According to The Denver Business Journal, the first iteration of The Kitchen Next Door opened its doors in 2011, while Next Door didn’t open for business until 2012. The Coloradoan has reported that the lawsuit specifically alleges “trademark infringement, unfair competition, false designation of origin and deceptive trade practices.”

The Kitchen Next Door
According to its website, The Kitchen and its affiliated Next Door restaurants were founded by Kimbal Musk, Jen Lewin and Hugo Matheson. The restaurants operate as a sort of community bistro, offering dishes featuring locally-sourced ingredients and innovative, seasonal ideas. While the ‘Next Door’ affiliates of the restaurant didn’t come to fruition until 2011, the original location of The Kitchen was opened in 2004 and has been a considerable success since that point. The restaurant has gained notoriety not only for its wonderful food, but also for its community outreach programs. Certain locations currently offer a program called ’50 4U,’ through which 50 percent of profits from participating tables are given to local schools and nonprofits on Monday nights.

Next Door
Located on East 4th Street in Loveland, Next Door offers a variety of tapas themed dishes to its patrons. Its menu focuses on pairing wine with small plates, carefully crafting exquisite taste profiles that have made it a favorite among residents of the area. The restaurant, much like The Kitchen Next Door, places a strong emphasis on locally sourcing ingredients. The restaraunt’s draft beers, for example, are exclusively from Colorado. Matt Smith is the executive chef for the establishment, and he is joined by pastry chef Evey Post.