Tressa and I were out for dinner in Louisville with a couple of friends when the topic turned (naturally) to beer.  We had just been in 12 Degree next door to the Empire Lounge enjoying some delicious Belgian-style beers (I had a Ginger Ale, having just recovered from a migraine), and my guests started picking my brain about beer.

“Aside from 12 Degree, where’s a good place to get Belgian beers?”

“There’s a place right down the road called Gravity that makes some amazing Belgians.  One of them, Coolship, is a Wit that tastes like bubble gum.”

There was a moment of silence.

“Exactly,” I replied.  “There are other flavors too, but it has distinct notes of bubblegum, it’s amazing.” 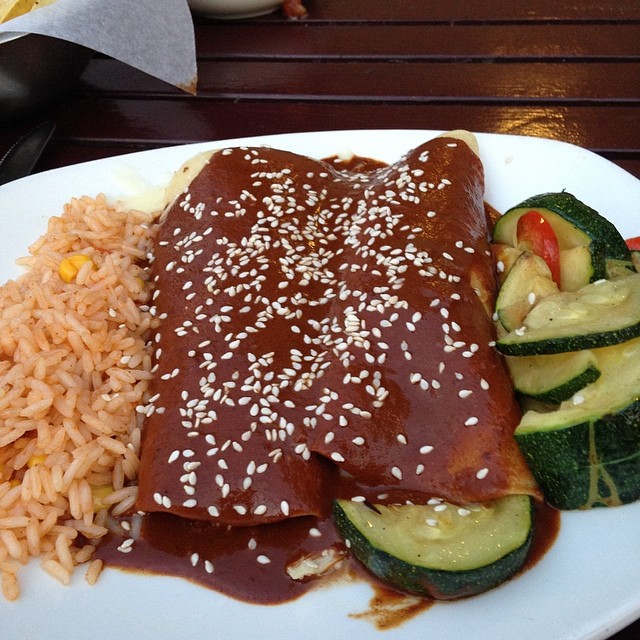 What I’m saying is that I understand why bubblegum and beer don’t seem to go together at first glance.  If you grew up eating Midwestern American food, kimchi can seem like a weird item to have on a menu.  If you were raised in rural China, the concept of a hamburger can seem completely alien.

But if you’re reading this blog, chances are you’re not just anyone.  You’re a culinarian.  You love food, and that’s wonderful.  You no doubt have your own list of favorite dishes that you’d eat every single day.  Maybe it’s something you enjoyed as a kid, or something you liked to eat when you’d had a bad day, or when it was particularly cold outside, or when you were sick.  That is a wonderful list to have.

One of the things about the culinary industry that is both great and frustrating as an up-and-comer is that there’s so much to learn.  So many classic recipes that need memorized.  So many techniques you need to learn.  And the list of tools you have to master quickly and efficiently is mind-numbing.  Add to that new techniques coming out every day, like molecular gastronomy and the wonders you can perform with a few kitchen-friendly chemicals.  And sprinkled over the top of that is a number of new tools becoming available, like sous-vide, anti-griddles, and liquid nitrogen.  How do you keep up?

Even if you don’t like learning new things, discovering new flavors is the most fun you can have as a culinary professional while still arguably doing work.  Who among us doesn’t like hitting up a new restaurant and seeing what they have to bring to the table?  Who doesn’t like discovering a region’s cuisine that’s brand-spanking-new to your tastebuds?  It’s like an adventure you can take from the comfort of your own seat.

I distinctly remember the first time I tried Indian food.  I was still a wet-behind-the-ears hayseed who had wandered away from his rural hometown outside of Youngstown as far away as Akron, Ohio (quite the journey, I know) and was trying to blend in with my much more worldly co-workers at a YMCA summer camp, so I agreed to go to a local Indian restaurant.  I can’t tell you what we talked about, I can’t tell you what I was wearing, heck, I can’t even tell you who was there with me.  I can tell you, however, that I ordered the chicken tikka masala.

I understand that Indian food is enjoyed by hundreds of millions of people every day, but to my grossy inexperienced palate, it was like eating something you’d find on Mars.  The spice blends were nearly overwhelming, and I wasn’t sure if I even liked it or not.  What I did know is that I couldn’t stop eating it.  I ordered more naan just so I could clean my bowl more efficiently, and then I wound up finishing a coworkers vegetable korma as welll. That sparked a real desire to start adventuring.  We went back to that little Indian restaurant dozens of times that summer, as well as to a Thai place, and a Vietnamese place (which was quite a journey for me at the time).  If you don’t have it already, I highly recommend cultivating that spark in yourself as well.  One of the phrases I think I hate hearing most out of my colleagues in the industry is “Well, I just don’t like <a type of food>.”  I don’t think it’s a phrase we should be allowed to say.  There’s poorly done food.  There’s out-of-balance food.  But there’s no such thing as “bad food,” in my opinion.

So if you hear that there’s a beer that brings bubblegum flavors to the party, don’t automatically dismiss it as weird.  Chances are good that those flavors are there on purpose, so give it a try.  It might turn you into an adventurer.