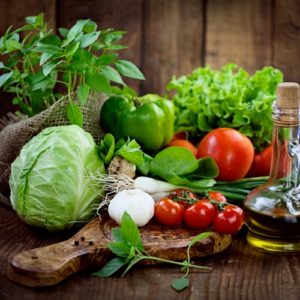 Colorado culinary schools with concern over where they source their students’ ingredients from have no doubt been keeping an eye on proposition 105 during the past few months. The proposition, which has been hotly contested, has centered on whether or not food producers and distributors should be obligated to label foods containing genetically modified organisms. Election day came and went on Nov. 4 with the bill losing by what was nearly a two to one margin, according to National Public Radio. While this leaves the future of GMOs relatively clear for the near future, at least in Colorado, it also poses a valuable opportunity for reflection on what occurred throughout the campaign to label GMOs and to speculate on what may happen moving forward.

Visible divides
One of the prime storylines that kept appearing as election day neared was the class split between advocates and dissenters. Those supporting the bill primarily either had some tie to the organic food community or felt that their business was threatened by the emergence of GMOs. Indeed, there was also a vocal faction of people who argued that they warranted labels based on a lack of evidence of their effects on humans, but multiple studies were reported saying no traces of GMOs could be found in those who ate them. On the side of the dissenters , unsurprisingly, were numerous larger corporations involved in the production of processed food that may have contained GMOs. Due to this, there existed a certain socioeconomic gap between the two voter bases.

The fiscal side of things
Given the considerable heat surrounding this debate, it was no surprise to find out that both sides of the issue ended up generating heavy price tags from their respective supporters. The Los Angeles Times has reported that the difference was typically heavily in the favor of those opposing labeling measures. In Colorado, for example, supporters of Proposition 105 raised roughly $700,000. While that figure is certainly impressive, it pales in comparison to the estimated $12 million that was generated for campaigning by opponents. A similar labeling initiative in Oregon, Measure 92, became the single most expensive one in the history of the state. With much of the money for those against the labeling coming from food production corporations, Monsanto spokesperson Thomas M. Helscher offered a brief summation of his company’s sentiment to The LA Times:

“They [labeling initiatives] don’t provide any safety or nutrition information and these measures will hurt, not help, consumers, taxpayers and businesses,” said Helscher.

Other geographies
As of yet, the only state to come close to truly passing a labeling initiative into law is Vermont. They have passed one but it still requires legislative review and wouldn’t take effect until 2016. In Maui County, Hawaii, this November, voters actually decided to criminalize foods containing GMOs, though it’s imagined this will receive some resistance.