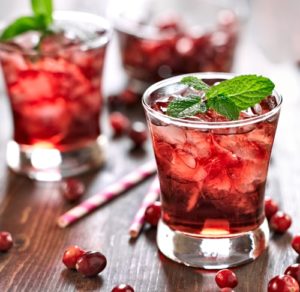 With craft cocktails increasing in popularity, be sure to check out of Boulder’s quality spirits.

Light beer and vodka sodas aren’t cutting it in the bar scene anymore. With craft beer‘s popularity rising so dramatically in past years, it’s no surprise that craft cocktails have followed suit. With four distilleries within the Boulder’s city limits and even more in the area, why wouldn’t they seize the opportunity to have their spirits tasted in the best way possible?

Colorado culinary school graduates are beginning to take as much pride in how their cocktails are crafted as much as their food, especially if they’re made locally. Try a finely crafted cocktail at one of these nearby distilleries:

Established in 2007 and formerly known as Roundhouse Spirits, Vapor Distillery was the first legal distillery in Boulder County. Master Distiller Ted Palmer has been distilling and creating spirits for the past 20 years. While Vapor is known for its Rhok Gin, Ginskey Barrel Aged Gin, Pruf Vodka and Pumpkin King, coffee cordials are also distilled in the facility. Vapor Distillery offers tours in addition to its tasting room where custom cocktails made with seasonal ingredients are served.

Famous for its SNO Vodka and Gin, and FYR Liqueur, JL Distilling offers a tasting room with free tastings, $5 shots and $6 – $8 cocktails. It would be a shame to get a shot, though, with so many interesting cocktail options. If you enjoy sweet drinks, try the Trailhead; and if you’re pretty daring, try the Beet Down.

Geek Spirits’ tasting room is only open on Friday and Saturday evenings, so be sure to seize the day. Boulder’s first rum distillery was founded by Greg and Sherial Starr after leaving their high-stress Silicon Valley jobs. While their tasting room only features cocktails made with Silver Rum, a bourbon whiskey and barrel-aged rum will be unveiled within the next few months.

The new Anvil Distillery takes pride in its non-GMO, organic, locally sourced spirits. While the creators of Grumpy’s Vodka and Ironface Gin aren’t located in Boulder and don’t even have a complete tasting room yet, they’re worth mentioning because of their awesome potential. Open Monday through Friday until 5 p.m., the distillery allows tastings before the bar is officially open. You can say you checked out Anvil before it was hip.