Blog > World of Food & Drink > Wine fraud: The case of the Californian chemist 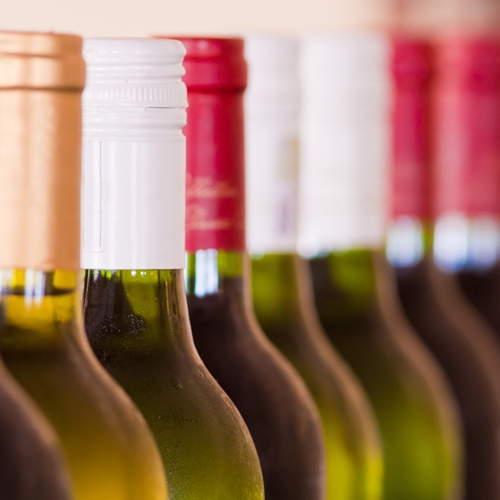 At some point during your time at a culinary school, you’ve probably paired wine with your dishes. You know that the right grapes and vintage can sing with certain foods, while others crack. But do you know if the bottles you buy are actually what they seem to be? Wine fraud is a growing nuisance in which counterfeiters recreate old and expensive bottles of wine, sometimes selling them for thousands of dollars. No con has ever been quite as adept at the art of wine forgery than Rudy Kurniawan. This is his story:

Setting the stage
To understand the gravity of wine fraud, you must first enter the world of collecting. Wealthy enthusiasts spend loads of money on rare bottles at extravagant tastings. Some bottles can go for thousands of dollars. In fact, according to New York Magazine, a bottle of 1961 Petrus went for $28,440 at auction. Collectors take notes when tasting wines that outline flavor profiles associated with different vineyards and regions. Many also keep a mental catalog of rare labels. And yet, Kurniawan was able to bottle fakes and pass them off as the real McCoy.

His ability to counterfeit may come from his wine expertise. Wine connoisseurs noted how quickly and vehemently Kurniawan took to the art of tasting and collecting. His natural tasting ability was also touted by those who knew him. He could ace a blind taste test, and he attended auctions often. Kurniawan was known for spending $1 million every month on rare wines, a practice that actually inflated the market.

The mystery man
Kurniawan wore a cloak of rumors and stories wherever he went. His acquaintances always offered different details when discussing the man’s past. No one, for instance, knew how wealthy he was or how he amassed a fortune large enough to purchase the wines he collected. However, no one wanted to dispel the smoke and mirrors, especially because Kurniawan treated those close to him well, offering premier tastings.

While all this was going on, Kurniawan was assembling his chemistry set. He would take home empty bottles that he had finished while out at a restaurant. He created his own labels and gathered corks, eventually selling his fakes to auction houses. According to USA Today, Kurniawan made somewhere between $8 million and $20 million off his fakes between 2004 and 2012.

The man, uncloaked
Kurniawan clearly did well for himself, but after selling enough fakes in a rather bold fashion, the jig was up. The FBI had been working on a case against him, and finally had enough evidence for a warrant. In fact, Kurniawan, who is from Indonesia, had been living in the U.S. illegally since 2003.

“Kurniawan’s kitchen was literally a factory for making counterfeit wine,” Maureen Downey, a wine detective who went through the evidence with the FBI, told NPR. “He had recipes written on bottles in his kitchen. For example, his recipe for 1945 Mouton Rothschild said: one-half 1988 Pichon Melant; one-quarter oxidized Bordeaux; and one-quarter Napa Cab.”

Kurniawan has been convicted of counterfeiting, though his sentencing has been postponed to July 17, 2014. While the wine world reels, Kurniawan awaits his fate. After July 17, the case will be closed.