One of America’s most beloved sides got the main course treatment Sunday, November 19th at the 2nd Annual Mac & Cheese Festival, organized by Austin Food Magazine and hosted by the Auguste Escoffier School of Culinary Arts in Austin, TX.

The event attracted over 1500 spectators from 12-4 P.M. for a tasting of macaroni and cheese variations from over 30 vendors as well as live music and other activities.

Hayden Walker, the magazine’s editor-in-chief, anticipates next year’s event will have to span over multiple days because of its overwhelming popularity.

The fan-favorite at this year’s festival was from Greenhouse Craft Foods, an eatery in neighboring Round Rock, TX that boasts a menu featuring locally-sourced food. A panel of judges made up of gourmands and media members also voted, choosing a bacon mac and cheese quesadilla from Punch Bowl Social.

Festival-goers washed down their mac and cheese with craft beers provided by local breweries Uncle Billy’s, Hops & Grain and Celis, to name a few.

Part of the proceeds from the festival were donated to the Central Texas Meals on Wheels. 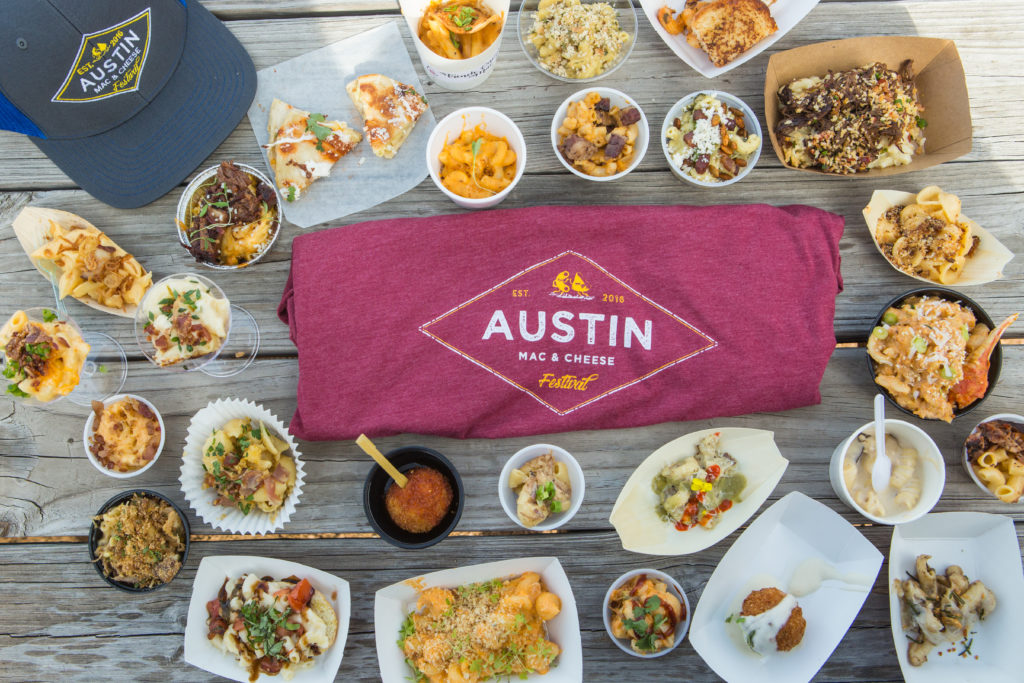 Mac & cheese is a common fixture on the menu of many Austin restaurants. Photo credit/Courtney Pierce.