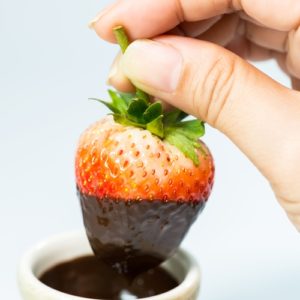 There is plenty of tasty candy shops across Boulder.

The majority of Americans seem to have little issue in satisfying their sweet tooth, especially when it comes to the holidays. As Time magazine reported, Americans spend some $2 billion on Halloween candy each year, and just slightly more on assorted Easter goodies, according to ABC News. However, our love affair with these sweet treats isn’t just based in annual celebrations, as evidenced by the number of candy stores in the U.S. Though Boulder doesn’t have as many as chocolate capitals like Hershey, Pennsylvania, graduates of the Boulder culinary school are working to ensure the town does produce and sell some of the best sweets and candies on the market. So, where’s the best place to get a nice sugar rush going? Here are the sweetest shops in all of Boulder:

1. Rocket Fizz: As far as most shops are concerned, Rocket Fizz has just about anything a true candy fanatic could every truly want. That includes an entire section devoted to a multitude of licorice flavors – from standards like red and black to more niche flavors likes sour apple and cinnamon. There also whole walls for a number of taffy varieties and individual flavors of Jelly Bellys; in fact, Rocket Fizz was one of the first stores to offer customers the chance to create their own variety bag of flavors. The shop is also home to several slightly wacky import candies, like green tea Kit Kat Bars from Japan. However, Rocket Fizz is perhaps best known for its signature brand of sodas, including classic favorites like watermelon, the Shirley Temple and lemon lime. Or, why not live a little and try one of the shop’s more adventurous flavors, like coffee, pumpkin pie, chocolate with banana or peanut butter, kumquat, mulberry, cotton candy, graham crackers and even bacon.

2. Susan’s Bakery: Though it focuses less on candy, Susan’s Bakery is still a true destination for tasty sweets. Perhaps of all the sugary products that Susan’s sells, the cakes are among the most popular. Flavors include everything from traditional takes like carrot, chocolate, red velvet and lemon orange to slightly more experimental varieties like green tea, chocolate Cabernet, zucchini and chocolate stout, made with actual beer from a local Boulder brewery. Susan’s staff will also bake cakes with custom add-ins, and past orders have included a champagne cake and one made with ice cream and frozen yogurt. Cakes may be the focus, but Susan’s offers an assortment of other baked goods, namely signature cookies like chocolate chip oatmeal, rosebud ?madeleine and dark chocolate sugar cookies. Of course, a visit to Susan’s isn’t complete without a slice of pie, like the chocolate pecan or frozen raspberry yogurt.

3. Rocky Mountain Chocolate Factory: As its name might imply, Rocky Mountain is a chain of sweet shops based primarily in the Colorado region. Each year, the shop builds on its popularity by selling a massive selection of chocolate-based treats. Perhaps the biggest such seller is Rocky Mountain’s collection of boxed chocolates, with packages containing treats with soft centers and thin mints to chocolates jam-packed with nuts and even gourmet truffles. Rocky Mountain also has a line of chocolate drinks, including cocoa – like raspberry blend and the Belgian white blend – and assorted iced coffees. You can’t forget about the fudge, though, and Rocky Mountain sells a ton of it each year, namely peanut butter, pecan, rocky road, and walnuts and almonds. This sweets shop is so much more than just chocolate, too, with a lineup of caramel apples, several kinds of popcorn, licorice and old-fashioned peanut brittle.