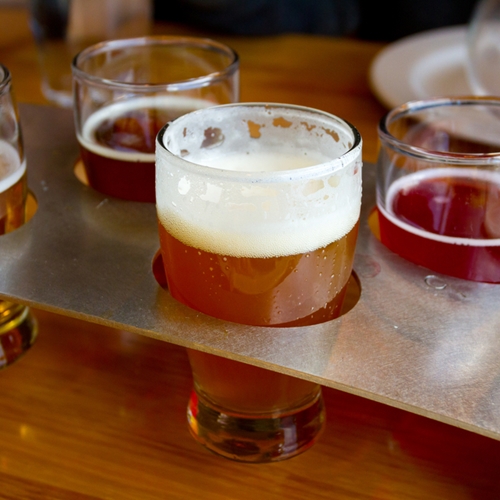 Sierra Nevada brewery, known for its California craft beers, has teamed up with an amalgam of breweries across the country to create the first ever traveling Beer Camp. Some students enrolled in chef programs will be pleased to know that if they miss the festival, they can still get the beer. Featured in a 12-pack case with 12 different beers, this Sierra Nevada compilation is a tribute to beer across the United States.

Road-tripping with beer
Sierra Nevada began its tribute by choosing elite craft brewers across the country to collaborate with them on this variety of beer. Each beer involved has its own brewer attached, as well as its very own name.

Some of these beers include:

Each of these beers is brewed in a different style, offering those who choose to buy this pack a true national tour of American craft beer.

On the Sierra Nevada company website, customers are asked to peruse the pack and find out the thought process behind each beer. The Yonder Bock: Tropical Maibock, which was the result of a collaboration with Cigar City Brewing in Florida, brings in the Cuban flair of Tampa to give this traditional German beer a southern flavor. Another standout beer from the dozen is the Chico King: Pale Ale. This beer was the successful result of working with 3 Floyds Brewing Company in Munster, Indiana. This beer takes a note from the 3 Floyds flavors and packs a hoppy punch while staying true to the company’s tattooed style.

Not your average beer fest
The festival began in Chico, California, which is the hometown of Sierra Nevada. Its other stops include San Diego, Denver, Chicago, Philadelphia, Portland, Maine, and Mills River, North Carolina. Each festival stop features the beers from the 12-pack collection, but also more local beers. The events will incorporate more local breweries than national, hoping to please the craft beer enthusiasts in each city. At the Denver event, more than 100 breweries decided to participate, including various food trucks and restaurants. The large festival also featured a marching band, MarchForth, with carnival style.

Tulip glasses were handed out so the festivalgoers could partake in the multitude of beers available, and because crowds have been small many have not had to wait in any lines to try their favorite rare brews. The reason for this low attendance may be the $65 ticket price.

“The ticket prices – we felt like there was a lot of value in there,” Sierra Nevada spokesman Ryan Arnold said to Denver Westword. “There was also a great concert woven into the mix. This wasn’t just a beer fest, and we thought there was value in that.”

The celebration culminates in North Carolina at the location where Sierra Nevada is opening a new distillery. This location, on the opposite side of the country, will help cement the company’s place in the craft brew industry. Currently the second largest in the U.S., Sierra Nevada may push ahead to first. This beer pack is not only a celebration of craft beer that is practiced around the country, it also celebrates the thought process behind craft brews. These smaller distilleries are so devoted to their practice that collaborating with the competition is more productive for them than trying to set themselves apart.