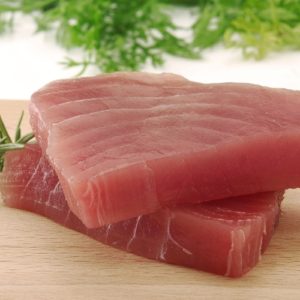 Tuna can be eaten in a number of ways and is great by itself or mixed into a dish.

Tuna can be an inexpensive, tasty and protein-packed dinner that Austin culinary arts students should learn how to master. Tuna is one of those foods that can be added to a wide variety of dishes or eaten by itself as a meal or healthy snack, and while you can certainly spend a lot of money on a good tuna filet, you can also buy a can of it and have a great meal. When most people hear tuna they think of a tuna salad or a tuna melt, but there’s so much more you can do.

Tuna burger
Burgers don’t have to be unhealthy. A tuna burger is a great way to take a notoriously unhealthy American favorite into a healthy one. Simply shred tuna or use a food processor to separate the meat, add in spices and a little oil, mold it into a patty and place it on the grill. When it comes to a side, instead of french fries consider a baked potato or, if you want to stick to the grill, place some asparagus next to your tuna burger. Just make sure to add a little salt and olive oil.

Toss it in with pasta
Almost any pasta dish will taste great with some tuna tossed in, although white sauces will typically work better than reds. Linguine is a good choice of pasta when you want to add some tuna in. Add in some capers, sliced garlic, olives, some plum tomatoes and some spices and you have a great Mediterranean style dish. Another good option is a pasta salad using spiral-cut pasta with fresh vegetables such as diced green onions, cherry tomatoes and peas. Add light vinaigrette to complete the dish.

Sear a tuna steak on the grill
While burgers and pastas are great, nothing beats a well-cooked tuna steak. Before you just go and throw a piece of tuna on the grill, make sure you get good tuna. Ask what the catch date was before you buy the tuna. The closer to the catch date, the better. Next, you need to season the tuna. Kosher salt, coriander, a little allspice, black pepper, and just a little bit of cinnamon can take a good piece of tuna to the next level. When you cook tuna you don’t want to cook it all the way through. cook it over high and direct heat and don’t let it cook too long or it will dry out.