So this is the end of my second month of the Culinary Arts Program, and I love a good rhythm as much as the next guy, so I wanted to give the rundown of everything we’ve done since the last rundown I’ve given, again so prospective students won’t stress out so much when they pick up their knives for their first test.  The familiarity will have set in by now, and you’ll feel like hot stuff next to the brand new students next door, but stay focused!  Here’s what you can expect: 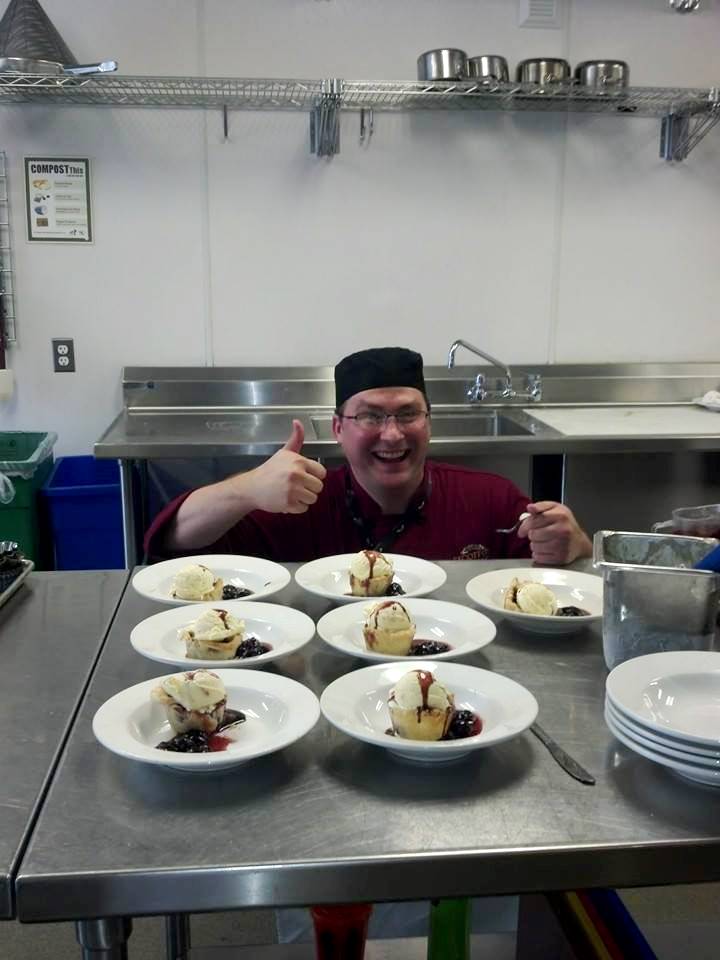 This is a pretty awesome week to be a part of, as it’s red meet cookery week, ending with an entire day of pork.  I might be something of an oddity, but I find butchery to be absolutely fascinating, and learning the different cuts of meat on all the animals was more interesting than anything I’ve learned in a classroom for some time.

Make sure to keep the rest of your diet relatively healthy, however, as you learn the finer parts of fan frying, deep frying, and sautéing, which can lead to some adverse effects on your insides if you’re not careful.  It’s nothing to do with the preparations themselves—our class rocked this week pretty hard.  It’s more that you wouldn’t order five different types of fried meat in a normal meal, and you have to taste everything to know what it should taste like.  Delicious, but somewhat unhealthy.

The fun of butchery continues into the ocean, where you learn how to process roundfish (“normal” looking fish with eyes on either side of their head) and flatfish like flounder, sole, and halibut.  I learned how to process lake fish like bluegill and trout when I was a kid, but this was much more involved than anything I’ve ever done.  Some of my classmates, channeling certain Pixar movies, struggled with the work, but it lead to some delicious fish preparations, so if you’re squeamish try and get over it.

This is also the week of your first big test.  I’m not going to tell you what the test is about exactly (it might compromise the test in some way, and I don’t want to get in trouble with the school.  What I can say is to keep your cool, make sure your plan is detailed, and don’t try to reinvent the wheel.  It’s a test of skills and techniques, not a test of your ability to gussy up a recipe to make it the new big thing.  Concentrate on your knife skills, your cooking techniques, and your cleanliness and sanitation, and you’ll do fine. At this point we’ve graduated from fundamentals and transitioned into the “Culinary Arts” block of the program.  Week seven is breakfast cookery, which means I hope you like eggs, because there will be LOADS of them.  Don’t trick yourself into thinking it will be an easy week though, because properly cooked eggs without browning or crunchiness is rather difficult and you’ll need to practice.  French omelets in particular were challenging, but I think I have them down well enough for now.

The rest of breakfast cookery can also be quite a challenge, and we also started getting our first taste of baking with biscuits and muffins.  Not to toot my own horn, but I’m already pretty good at baking, so I tried to concentrate on the other aspects of breakfast cookery to keep things interesting (though I did volunteer for muffins because they’re fun to bake).  The week ends with a breakfast buffet, which was a lot of fun.  Chef Kelly let me fry up some donuts, which were a big hit.  Try to keep the drama to a minimum during this big production days, as the program will be a lot more fun if everyone keeps it light and breezy.

Coming off the three day weekend because of Memorial Day, this week has been nice and short, and chock full of baguettes.  Seriously, loads and loads of baguettes.  But it’s a tough skill to master and is totally worth all the repetition.  We also did a great deal of other kinds of breads, including sandwich bread, soft yeast rolls, Danish dough, croissant dough, and focaccia.  Bread baking was my favorite aspect of the Pastry Arts program, so this week has been a lot of fun. 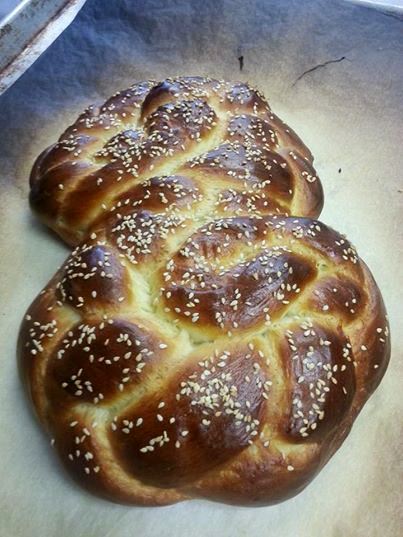 We did pies, tarts, and lemon curd on Thursday, which was a blast.  I went a little nuts and did a fully plated cherry pielet with a cherry balsamic reduction, vanilla caramel ice cream, and a cherry lemon compote (one of my classmates claimed to hate all cherry pie, and I took that as a challenge, which I won!)

All in all you can expect the tempo to slow down a bit at the start of second block, but don’t let them fool you into thinking that you can relax and stop working hard.  Breakfast cookery and baking requires a certain degree of methodical, calculated action as opposed to the frenetic gogoGO of the line, which many culinary students may find off=putting.  But all of these skills are worth honing, as fresh-baked bread is a huge draw in restaurants, good desserts are a great way to boost sales, and breakfast is basically a money machine.  Anyone hoping to become a restaurateur would do well to master these skills.

And don’t sweat the test.  It’s not as daunting as it sounds!