Blog > Recipes & Techniques > Three Recipes Every Cook Should Know, From One Chef To Another

There are a lot of recipes that are probably best left to the pros—making your own prosciutto at home, or knocking out your own chocolate soufflé isn’t for the faint of heart.  But I’m a firm believer that there are certain recipes that everyone should have in their repertoire simply because they’re just not that difficult.

The three I’ve chosen for this article are Cream of Mushroom Soup, French bread, and chocolate brownies.

Everyone loves to cook with cream of mushroom soup, but most people settle for the glop you get from a can, despite the fact that making it from scratch takes about twenty minutes and really isn’t that hard.  Homemade bread in general intimidates a lot of home cooks, but this recipe is simple so long as you don’t have to form them into long thin baguettes (which takes a bit of practice).  It does, however, require a stand mixer (I’ll be running an article on hand-made breads later on).

And come on, if you can make a great pan of homemade brownies, everyone everywhere will love you. 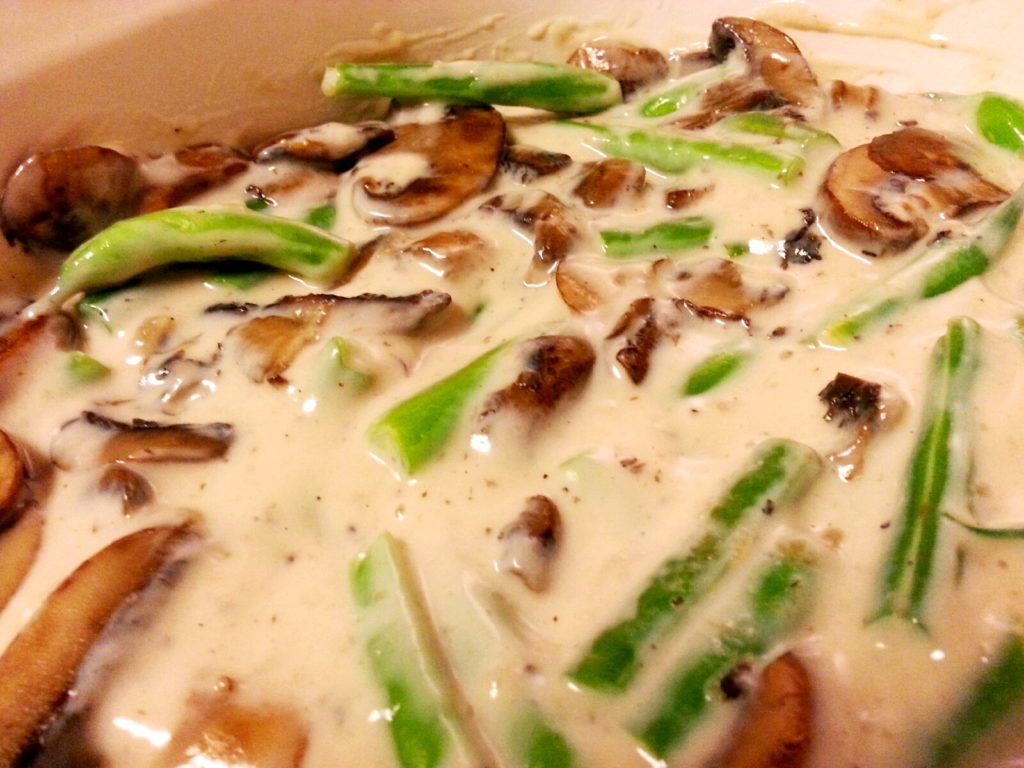 Directions:
Melt the butter in a medium sized pan on medium-high heat.  Sauté your mushrooms together pretty much until they’re done.  They should still have some bite to them, but the raw flavor should be gone.

Turn the heat to medium and sprinkle the flour over top of your mushrooms.  Stir with a rubber spatula until the flour is hydrated.  Continue cooking, stirring occasionally, until it turns a grey color.  The flour should take on a nutty aroma, but never like it’s burning.

Pour the first ¾ cup of milk over your concoction and mix with your spat until the flour dissolves and the milk becomes thick.

Chances are this mix is pretty thick at this point.  Use the other ¾ cup to adjust the consistency to the point where you like it.  If you leave it a little thicker, it can be used as a sauce on chicken and other proteins.  If you make it really thin, it can be straight soup (try it with some toast points).  If you keep it at the medium to medium-thick side of things, you can use it in a casserole.

Adjust the taste with salt and pepper.

Yes, it really is that easy. Ingredients:
32 oz bread flour (though AP works in a pinch).  Split this into one bowl of 26 oz and another of 6 oz
21 oz cold water (yes, cold.  Forget what your mother might have told you about blooming.  More below.)
1 T salt
1 T Active Dry Yeast (not instant)

Directions:
Pour the water into the bowl of your stand mixer.  Toss your yeast and salt in with your 26 oz of bread flour, then add to the water.  Using the paddle attachment, mix on slow until the flour is hydrated, then turn to medium and leave going until the dough turns shaggy (i.e., it starts leaving long strings of gluten that hang like shaggy strings.)

Remove the paddle attachment (scraping as much of the dough from it as you can) and attach your hook.  Sprinkle in about half of the remaining 6 oz of flour and mix with the hook attachment.  It should form a loose ball, losing its shagginess.  It should also not be sticky.  If it is sticky, sprinkle in half of the remaining flour and mix with the hook again.  Keep this up until you are out of flour, or the ball is no longer sticky.

Knead with your hook attachment at one minute intervals until you can press your finger into your dough and it returns to its original shape.  Remove this dough ball from your bowl and place in another, much larger bowl, which has been well oiled.  Cover with plastic and stick in your fridge overnight.  (It’s easy, not quick).

Remove your cold dough ball from the fridge and divide roughly in half.  Form into a rough football shape (it doesn’t really matter how you form it, so long as the top part of the loaf is one smooth skin.

Set your oven to 350 degrees.  Set an oven-safe pan with about a quart of water to boil.

Place each loaf in a bread pan, cover it in a clean washcloth, and place in a warm place until it roughly doubles in size.  If you like your bread a little denser, it should only increase 50% in size.

Using the sharpest knife you own, preferably a serrated knife, place a single slash down the center of each loaf.  Place bread pans in medium rack in oven with the pan of boiling water.  Bake for about 20-30 minutes, and then test with a probe thermometer.  It should hit about 190 and then coast to 200.  If it’s less than 190, leave it in the oven for another ten minutes.

For softer crust, carefully wrap your bread in aluminum foil immediately after you’re through baking.  I skip this step because I like crustier bread, but that’s up to you.  Let cool completely, and then depan. Directions:
*If you want to crank the chocolate flavor to 11, use strong black coffee.  Coffee works some kind of magic on chocolate to make it taste more chocolatey.  But if you are giving these to small kids and don’t want human ping pong balls zinging around your house, you can use milk or cream.  If you want to knock everyone out, use a dark stout like Guinness or Left Hand Brewing’s Milk Stout.

Set oven to 350.  Grease either a 9X9 pan (for super thick brownies) or a 9X13 pan (for thinner, crispier brownies).  If you have it, line the bottoms with parchment paper, but this isn’t 100% necessary.

On low heat, melt the chocolate and butter together in a small pan.  If you want to be completely foolproof, do this over a double boiler.

Pour this mix into your greased pan and then sprinkle the 4 oz of chips evenly over the top.  Try to keep the chips from touching the pan itself, but if some get away from you, that’s not a big deal.

Bake for about 30 minutes.  If you’re going for the thicker brownies, turn the temp down to 275 and bake for another 15 minutes or so.  The brownies should be slightly moist inside—so if you poke a toothpick or a probe thermometer into the brownies, it should come out with some brownie still clinging to it, but what is clinging should not look wet.