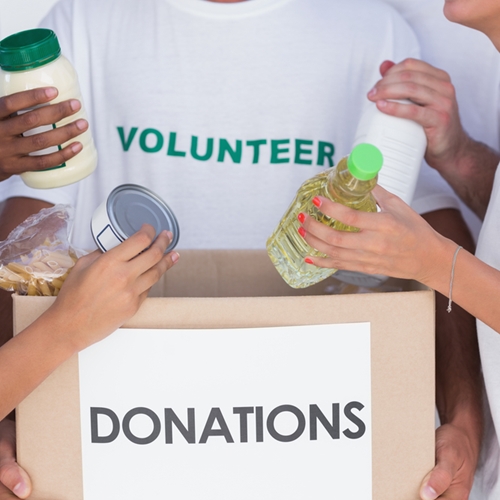 Too often, when immersing ourselves in the wonderful world of food and restaurant culture, it becomes far too easy to forget that food is by nature a basic staple. It should be in the front of all of our minds to do what we can to help those in need at every possible turn, particularly when it comes to guaranteeing them sustenance and decent meals. For students in Colorado culinary schools, a prime example of this was recently illustrated by a group of students at Colorado College, a small liberal arts school located in Colorado Springs. According to the college’s website, the school has given birth to a small nonprofit known as Colorado Springs Food Rescue, through which groups of students work to ensure that those in need are taken care of while also minimizing food waste. Check out some of the details regarding the program below:

Colorado Springs Food Rescue
The Today Show has reported that the group, Colorado Springs Food Rescue, is revolutionizing the way in which food waste is handled in their area. Founded in 2013 by Shane Lory, a junior at Colorado College, the charity targets food that would otherwise be thrown away and delivers it to distribution centers that work towards feeding those in need. The group, which has grown considerably since its inception, uses a network of bicycles and dedicated walking volunteers to pick up food headed for the trash and brings it to homeless shelters, soup kitchens and the like.

A global problem
While Lory’s program has yet to spread beyond the confines of Colorado Springs, the problem that he and his followers are tackling is by no means strictly a local one. The United States Department of Agriculture estimates that Americans threw away roughly 133 billion pounds of food in 2010. Perhaps even more shocking is the consideration that much of this food wasn’t even spoiled or unfit for human consumption. Consumers react less strongly to imperfect looking produce, so food products with small bruises or pockmarks are often thrown out by proprietors of supermarkets and grocery stores before they can even hit the shelves for sale. Speaking with the Today Show’s website, Lory summated the logic behind his program:

Gratitude
The efforts of Lory and his counterparts have not gone unnoticed. On a national level, they’ve received attention from multiple major news outlets, which could lead to stronger financial backing for their initiative in the future. Perhaps the most rewarding thanks, though, have come at a local level. One such thankful recipient is the Marian House Soup Kitchen, whose director, Paul Konecny, told Today that the program is truly making a difference.

“[Food Rescue] makes all the difference in the world, because without all that donated food, we wouldn’t be able to operate. It’s just that simple.”