Blog > World of Food & Drink > Eating The Rest Of The Pig 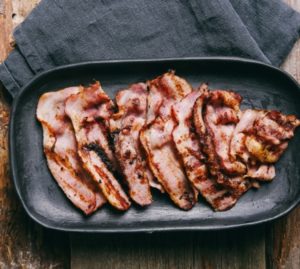 In recent years, restaurants have increasingly employed parts of pigs that many Americans previously thought unfit for culinary use. Pork belly, pigs’ ears, trotters and tails now all appear regularly on menus across the country. Delectable versions of these dishes have won many people over, and nose-to-tail eating has become a widely accepted concept whether out of ethical commitment or the desire to try exciting new foods. Students in culinary arts programs should take note of some of the innovative and delicious ways pork has come to the table in recent years.

Belly
Pork belly is the fatty cut of meat from a pig’s midsection often used for bacon. Restaurants and home cooks alike have been making greater use of the belly in its uncured and undried form over the past several years. However, it is still harder to find in grocery stores than bacon. Deadspin credited the shift to the realization that refrigeration makes curing unnecessary, along with pork belly’s rich flavors and intriguing textures.

Bon Appetit recommended avoiding high heat and instead cooking pork belly slowly by roasting, braising or stewing the meat. These cooking methods will leave the cut tender and moist. Afterward, rest the pork belly in the refrigerator overnight. You can then either cut off the skin or just pat it dry before slicing the meat. Finally, grill, fry, broil. or sear the pork belly until it’s brown and crisp.

Trotters
Trotters have long been a common dish in some parts of the Southern U.S., as well as in rustic European cooking. As Neatorama explained, pickled pigs’ feet were a regular treat growing up in the Deep South. However, they are now making regular appearances in cooking across the country with some intriguing variations.

Serious Eats pointed out that pig’s feet are exceptional choices for preparing stock because the gelatin in the bones and skin contribute body. However, the trotter can also be delicious when deboned, braised and grilled. The skin becomes crispy, retaining some chewiness, while the meat and tendons are quite tender. According to Grub Street, more chefs have embraced trotters recently as part of the movement to use whole animals in cooking.

Ears
Just a few years ago, most Americans thought of pig ears as dog treats. However, the ears have become a common dish across the country, serving as an appetizer, bar snack or even an entree. The sweet, rich meat may be served fried, boiled or as part of a Vietnamese Banh mi sandwich.

Chef Sang Yoon of Lukshon in Culver City, Calif., wrote about the initial reaction to his pig ear terrine in the Los Angeles Times. His dish features sliced pig ears marinated in black vinegar, adding Sichuan spices, sesame oil, pickled carrots and scallions. While pointing out that pig ear is a common menu item elsewhere around the world, Yoon acknowledged its novelty for American diners.

“As I see it, it’s an exciting way to experience something new and turn dinner into an adventure,” he wrote.

Chefs across the U.S. have found their own spins on the pig ear, serving the dish with a variety of accompaniments. The Blind Butcher in Dallas offers crispy ears with an orange fennel aioli for dipping. At The Spotted Pig in New York City, the pig’s ear salad comes with a lemon caper dressing.

Face
The face is one part of the pig that remains mostly the province of more adventurous diners. The Girl and the Goat in Chicago serves a wood oven-roasted face with a fried egg, tamarind, cilantro and red wine maple syrup.

“Behind the snout, the meat was darker pink, hammy-tasting, soft and flossy,” Bethany Jean Clement wrote. “Behind the jaw, more melty-soft meat; the jaw was there, intact, with teeth.”

Even if you are not ready to commit to the culinary experience of preparing or devouring a pig’s face, you should be aware of the current trends in preparing pork. Snout-to-tail eating offers many opportunities to experiment with the techniques you’ve learned in culinary school with delicious and fascinating results.