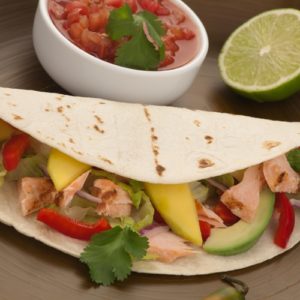 Where you should look for some of the best tacos in Boulder.

For Boulder culinary school students, resources certainly aren’t scarce when it comes to Mexican food. The town and its surrounding areas are absolutely littered with taco trucks, full-service restaurants and roadside food stands. With this in mind, finding the best tacos in Boulder can be a bit of an ordeal. Here are a few suggested hotspots to get you started:

La Choza
This restaurant can’t really be referred to as a restaurant, per se (at least, not in the traditional sense). According to Westword, La Choza is located off of the Diagonal Highway in Boulder and calls the lot next to a Sinclair gas station its home. While the small stand may not be much to look at, the food being cooked up at the small stand is supposedly out of this world. La Choza is the creation of Ricardo Miramonte, the sole proprietor of the small stand, who has run the operation for more than a decade on his own. Miramonte cooks such delicious wonders as barbacoa cheek meat tacos and pineapple el pastor burritos for all who pass through the Sinclair. He operates the stand six days a week, so swing by and try one of Boulder’s best kept secrets.

T/ACO
Located in the Pearl Street Mall area just off of Walnut Street in Downtown Boulder, T/ACO is quickly becoming a favorite of longtime residents and tourists alike. According to The Denver Post, the establishment has made a name for itself in the local scene by moving away from the traditional, volume-driven model of local inexpensive taquerias and focusing on delivery of quality, innovative items. The restaurant offers a wide array of different tacos, made with everything from classic carne asada to red snapper and, of course, the ever-popular vegetable medley. Best of all, T/ACO is considerably affordable, with tacos all priced around $5 and margaritas costing about the same. All of this paired with an outdoor patio make T/ACO a great venue for friends, couples and families.

Efrain’s Mexican Restaurant and Cantina
A trip to Efrain’s might require a bit more time than a normal Boulder taco run, as the restaurant is located near the city’s outskirts, but the quality of the food makes it well worth it. Thought by many to be the premier taco establishment in all of Boulder County, Efrain’s has become a mainstay for residents of the area looking for great Mexican food. According to its website, Efrain’s prides itself on cooking everything it serves fresh each day and moving away from any chain-like practices. As a testament to the quality, Efrain’s has won the Boulder County People’s Choice Award for Best Mexican food in 2009, 2010, 2011 and 2013. With a track record as impressive as that year after year award, it becomes obvious very quickly that a trip to Efrain’s should definitely be a part of your next visit to the Boulder area.