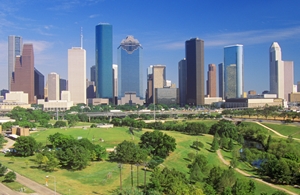 For many chefs, one of the pinnacles of achievement is being able to break into the Texas culinary arts scene. With the exciting and continuous development of new restaurants and initiatives in the Lone Star State, being able to make it in Texas represents a considerable accomplishment. For Ford Fry, that dream may be set to come true in early 2015. According to Atlanta Magazine, the chef is set to move on from his projects in the Georgia city with the opening of a new restaurant in Houston to be titled State of Grace. Slated to open this January, this restaurant also entails a sort of homecoming for Fry, who hails from Texas.

State of Grace
The restaurant itself will be inspired by the regional Texan fare that Fry enjoyed while he was growing up in the southern state. Though the menu is still being determined, The Houston Chronicle has reported that the dishes on offer will center predominantly on regionally favored meat-intensive entrees as well as fresh seafood from the state’s gulf coast area. In a statement, Fry’s spokeswoman indicated that the restaurant’s staff and proprietors are excited to focus on this sort of cuisine.

“We’ll be inspired by the Hill Country and have a heavy Gulf experience, it’s something we love,” the spokeswoman told The Houston Chronicle.

Ford Fry
You may not have heard of Ford Fry if you don’t closely follow the culinary goings-on in our nation’s southern states, but he’s made quite the name for himself. In Atlanta, he’s quickly become one of the most revered names in local cuisine, establishing six restaurants that have all drawn press and strong reviews in Georgia’s largest metropolitan area. While the different projects he has undertaken in the Peach State vary in genre, cost and environment (they range from semi-casual Mex-Tex establishments to upscale cocktail lounges,) they’ve all fared well. In fact, The Houston Chronicle reports that St. Cecilia, one of his restaurants, was ranked as a top eatery by the popular crowd-reviewing site and publication Zagat earlier this year as a ‘hottest new restaurant’. What’s more, the move into the Texas culinary arts scene isn’t the only trick that Fry has up his sleeve for 2015, as he’s also working on a seventh restaurant in Atlanta, set to open later that year.

Location and logistics
State of Grace will be in familiar territory for Fry, who actually attended high school directly across the street. The restaurant will be staged in the Lamar-River Oaks Shopping Center, which is found at 3256 Westheimer in Houston. There’s no doubt that creating a restaurant so close to where he got his start in life means quite a bit to Fry. The restaurant is expected to be more formal than some of Fry’s other projects, targeted at a somewhat upscale demographic. Whether or not you’re going to be down in Houston or Atlanta this year, Ford Fry is definitely a name to watch for in culinary news.