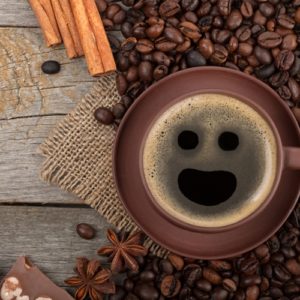 If you’re a student in an Austin culinary arts program, then you’ve probably already dedicated a fair amount of time to considering your career options after school. Whether you’re looking to become a chef, start your own business or open a new sort of conceptual restaurant, it’s important to recognize that entrepreneurship will be key in the success of whatever venture you choose. If you’re seeking for a prime example of exactly what that sort of entrepreneurial spirit looks like personified in a young business, you need not seek any further. Kohana Coffee has been making waves in the Austin business scene by delivering a quality product and staying true to its original vision. It has done so well, in fact, that it was recently named to Inc.’s list of the Top 10 Fastest Growing Companies in Austin.

The list
Each year, Inc. Magazine releases a series of lists geared at showcasing the progress of companies in the U.S. While the criteria of each list differs by geography, industry and other factors, the lists always focus on growth as one of their most heavily weighted metrics. Kohana Coffee was able to lock down the No. 5 spot on the list this year, appearing directly between LocalSearchForDentists.com and Jobs2Careers, both websites that help consumers search for specific entities online. The company was also named to the far more comprehensive Inc. 5000 List, which profiles the 5000 fastest growing companies in the nation based on results from the prior fiscal year.

Kohana Coffee
According to the Austin Business Journal, the company was founded by Victoria Lynden in 2006. Apparently, Lynden had traveled to Hawaii and, upon tasting the local coffee there, had realized that what she was consuming back home simply didn’t compare. From there, the dream for Kohana Coffee was born. Lynden began by selling a form of liquid coffee concentrate and roasted whole coffee beans. Her products gained popularity quickly and her sales numbers have allowed her to expand rapidly over the past several years. According to Austin 360, in fact, Kohana Coffee recently introduced a new product: a line of different ready-to-drink ice coffees in bottles. It is the hope of everyone at Kohana that this will allow them to grow the business by catering to a demographic of consumers on the go.

The numbers
The list, which detailed the growth rates of each company on it specifically, indicated that Kohana Coffee made in excess of $2.8 million worth of sales last year. While that’s certainly impressive, a far more telling metric may be that the company has grown 2,417 percent over the past three years, marking it as clearly up and coming not only in Austin, but also in the nation as a whole. On the 2015 Inc. 5000 list, Kohana Coffee’s growth was drastic enough to earn them a spot at No. 171.