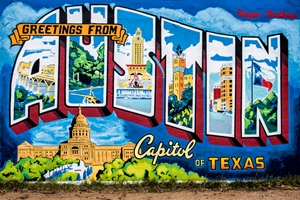 A new application released by Red Book Connect, a California-based company that designs software for the restaurant industry, should have culinary school students feeling excited. The application, called HotSchedules Post, connects eager applicants with jobs in the restaurant industry in Austin and the surrounding areas. It is currently available in ITunes and the Google Play store for free download by residents of the greater Austin area.

HotSchedules Post
The application itself takes a very social media-oriented approach to staffing within the restaurant industry. It allows restaurant managers to create profiles where they can advertise and promote jobs at their establishments to local employment seekers. In addition to sharing job openings, they can also post real-time updates of the position, seek through applicant pools and view individual user profiles to try and find the right fit. On the user end, individuals are able to peruse job postings, create a profile of their own and even accumulate referrals made from one manager to the next, which acts as an endorsement of sorts. In a way, it operates very similarly to LinkedIn, but exclusively for the restaurant industry. The app is designed for smartphones exclusively at this point with no plans for a tablet version.

Red Book Connect
In 1999, Ray Pawlikowski and David Cantu founded HotSchedules.com Incorporated in Austin, Texas. In January 2013 they merged with Red Book Connect, which already had a well-respected portfolio of applications and software for the restaurant industry. Cantu, who is currently the chief customer officer for Red Book Connect, said that the application will continue to be free for download for the foreseeable future. He also indicated that, after being tested in the Austin market, the app will move into other cities such as San Francisco, Denver and Atlanta. HotSchedules Post is anticipated by Red Book Connect to be in those three cities, at least, by early next year.

Austin’s restaurant market
According to the Austin Business Journal, there are 470 jobs available at restaurants within a 10-mile radius of the city. In what could be a very good sign for the future of Red Book Connect and HotSchedules Post, the Journal also reported that the restaurant industry, at a national level, is expected to add 1.3 million jobs in the next decade, which would bring its total employment to roughly 14.8 million individuals by 2024. Speaking to the Journal, Cantu certainly sounded optimistic.

“70 percent of our key customers surveyed said job boards don’t work,” Cantu told the source. “HotSchedules Post will be a game changer for restaurants and employees.”