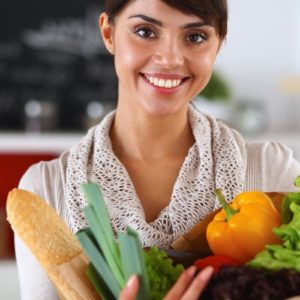 Among other things, all young chefs should stick to the fundamentals of cooking, according to more seasoned chefs.

For those individuals still enrolled in culinary academy, it’s only natural to have a seemingly endless array of questions about your future career. While there’s plenty to learn on your own, sometimes the best insight comes from those chefs currently working in kitchens across the country. That includes lessons about how to properly care for your tools, or even the importance of creating your own recipes. If you’ve still got questions, you’re in luck: here’s some more sage wisdom from active chefs to add to your cookbook of career advice:

“Young chefs need to find a way to put more of themselves into their dishes.”

1. Create your own identity
Andreas Caminada is the head chef at the elite Swiss restaurant Schloss Schauenstein. Speaking with Fine Dining Lovers, he said that more young chefs need to take the time to identify their personal approach to cooking. He said there needs to be less emphasis on being a great or celebrated chef, and for rookies to really study the craft and identify ways to express themselves. To help with that, he suggested focusing on each dish and table one at a time. This way, you can discover what it is that you enjoy about serving people and how to make that into an approach you can maintain throughout your career. To Caminada, being a good chef means following your own desires as opposed to the latest trends and fads.

2. Face up to reality
In May 2014, celebrity chef Hugh Acheson took to Twitter to unveil the 10 things that all young chefs should hear. Though the list presented a wide array of behaviors, they all hinted at the same idea – there are certain truths that chefs must face. That includes having to work weekends despite any personal plans and the importance of working your way up the ladder of titles and responsibilities. Additionally, chefs need to have an awareness that everyone in the kitchen contributes and that sometimes dishwashing is totally necessary. These are the realities of what it means to be a chef, and, as Acheson argued, the sooner young chefs face the facts, the better they’ll be at their jobs and the more time they’ll have to learn.

3. Always do your best
Not only is Bobby Flay a bona fide TV star, but he’s cooked in kitchens and operated restaurants from New York to Los Angeles. When asked by Tasting Table what he thinks all young chefs do wrong, he replied that too many take shortcuts while cooking. He added that to keep up with the demand, he’s seen chefs rush orders, skip steps and generally take a half-hearted approach to meal preparation. Flay explained that all chefs, but especially those just starting out, need to stick to the fundamentals of cooking. On the one hand, this is how chefs learn the skills that eventually become like second nature. However, it also demonstrates a certain level of passion and commitment to both your craft and the people you’re serving.