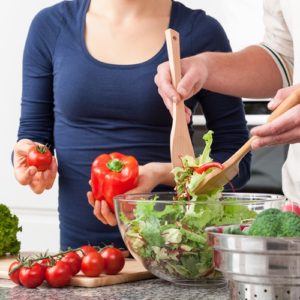 There are certain culinary shortcuts all chefs can use to save time and maximize effort.

As a student in culinary academy, you’ll learn everything about the art of cooking, from choosing the right ingredients to menu planning and much more. However, there are things you can only learn while on the job, and during your career you’ll pick up a number of tips and tricks that’ll make you a more well rounded chef.

Having these secrets at your disposal will not only reduce stress, bu tprovide another effective way to manage your time. To better prepare the future chefs of America, here are a few such shortcuts you should keep on hand.

“It’s important that all chefs taste the food as they cook.”

1. Always taste on the fly
No matter how many times you’ve cooked a dish before, it will always be slightly different. That change could be due to a number of factors, from the quality of ingredients to how well the water boiled. That’s why Good Housekeeping suggested that all chefs taste the food as they cook. Some chefs avoid this behavior, relying instead on their own skills. However, tasting is a great way to gauge the quality of the food and to notice any steps you may have missed. From there, you can add salt, spices or other touches to tweak the final taste.

2. Don’t forget to pace yourself
Tony Nogales is a professional chef and long-time culinary school instructor. Speaking with The Thrillist, he said that more chefs should remember to add each ingredient individually. By placing everything into the pot at once, you’re “crowding” the dish, and you’re not letting each component blend together properly. Instead, you want to layer the ingredients, giving each one a few minutes to begin breaking down. As a added bonus, you’re left with more time to chop, mince and otherwise prepare the various ingredients of your dish.

3. Take time to marinade
For the most tender meat possible, many chefs will turn to a marinade. However, as several chefs revealed to the U.K.’s Daily Mail, many don’t allow their meats to marinate for long enough. Optimally, your steaks and such should soak for at least 48 hours. That way, the flavor-enhancing juices have plenty of time to do their work. Just as important is the contents of the actual marinade, which should include the basics – salt and chili powder – alongside papaya paste, coriander powder and, yes, a dollop of yogurt.

4. You can always use replacements
Delish magazine polled a number of celebrity chefs for their favorite kitchen secrets. Among the group’s answers, one theme emerged – there are plenty of replacement ingredients you can implement in the kitchen. Instant mashed potatoes can be used for breading, as they have a great flavor and a similar consistency. Plus, they’re a much less expensive option. Similarly, you can use breadcrumbs as flour. Just mix them with your sauce, and as the starches release, you’ll get a nice, flour-like paste. Meanwhile, some chefs will use crackers as seafood stuffing. While sliced bread takes time to dry out, most crackers just need to be crumbled and they’re good to go.