In a perfect world, chefs would be able to spend all their time painstakingly crafting their favorite dishes. However, as you’ll soon learn upon graduating culinary academy, the kitchens you’ll work in won’t be so perfect and pristine. And that means there are a load of other responsibilities on the shoulder’s of chefs. Not to mention, kitchens in and of themselves are quite stressful and leave very little room for mistakes. That’s why it’s so important for chefs to maximize their efforts as best as they can.

Don’t know where to start? Here are four tips for becoming the most productive chef possible:

1. No micromanaging
As Inc. magazine explained, micromanaging is a common feat in any business, but it is especially prevalent in the culinary world. With a restaurant’s reputation on the line, it’s no wonder so many head chefs hover over line cooks. However, this not only wastes time you could be using for other tasks, it can also demoralize other cooks and keep them from reaching their potential. Rather than watching every move another chef makes, simply verify their work and discuss any issues accordingly. Cooking is a team effort, so treat it as such. 2. Keep up with inventories
Inventory is an important part of running a business; without ingredients like vegetables and sides of meat, no meal is ever coming out of the kitchen. That’s why Unilever Food Solutions said that all kitchens should perform two kinds of inventories with some frequency. The first is a physical inventory of food items, utensils and equipment and should be done at least quarterly. Meanwhile, you can track items leaving the restaurant each day with a perpetual inventory. Using a spreadsheet is not only better for tracking but also makes continual updates a snap.

3. Make training a priority
People attend culinary school to learn how to be chefs. However, training doesn’t end after graduation, and everyone on the kitchen staff needs to keep up with certifications and continued education. As Torch LMS explained, this form of investment is one of the smartest moves any company can make. For restaurants, training makes sure everyone knows the scope of their job, which helps to cut down on mistakes. By engaging in ongoing and regular training, you’re also able to highlight the best practices and address issues that might be streamlined. Training is also a great time for questions and dialog. 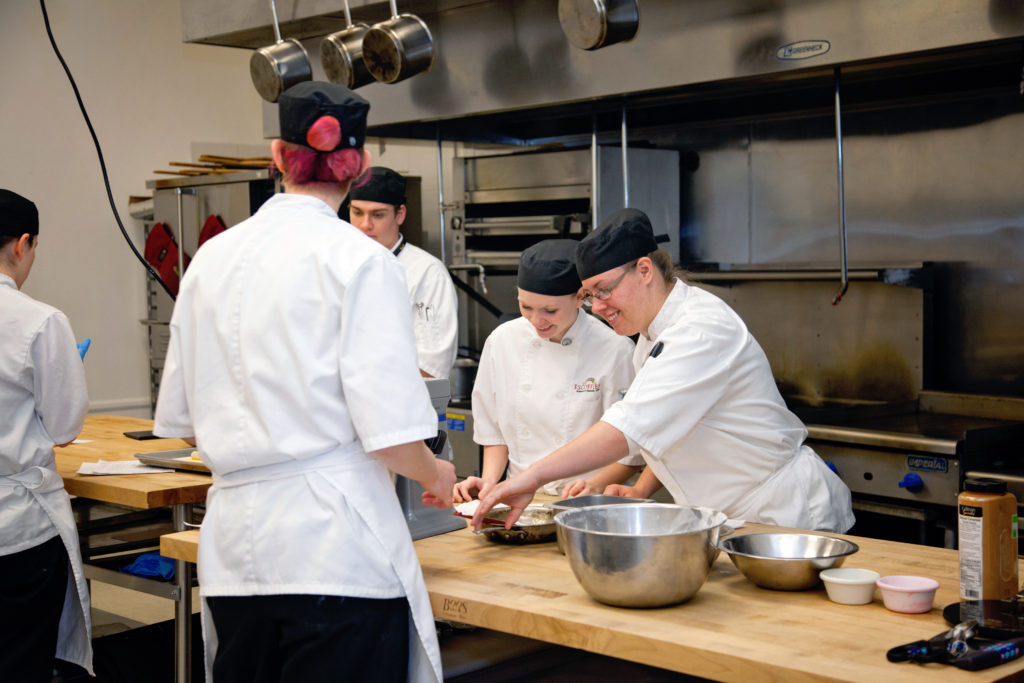 4.  Don’t forget to breathe
Julie Anne Rhodes is a personal chef operating out of Los Angeles. In her blog, she explained that when she feels overwhelmed or that she’s not reaching her true potential, she simply takes time off, and even a short breather’s been known to do the trick. That’s powerful advice for chefs, who work 60-plus hours a week and deal with profound levels of stress and anxiety, according to a widely-cited study from 2007. Giving yourself even a little break is a great way to help prevent stress, which can be distracting, and give you the clarity needed to work twice as effectively.