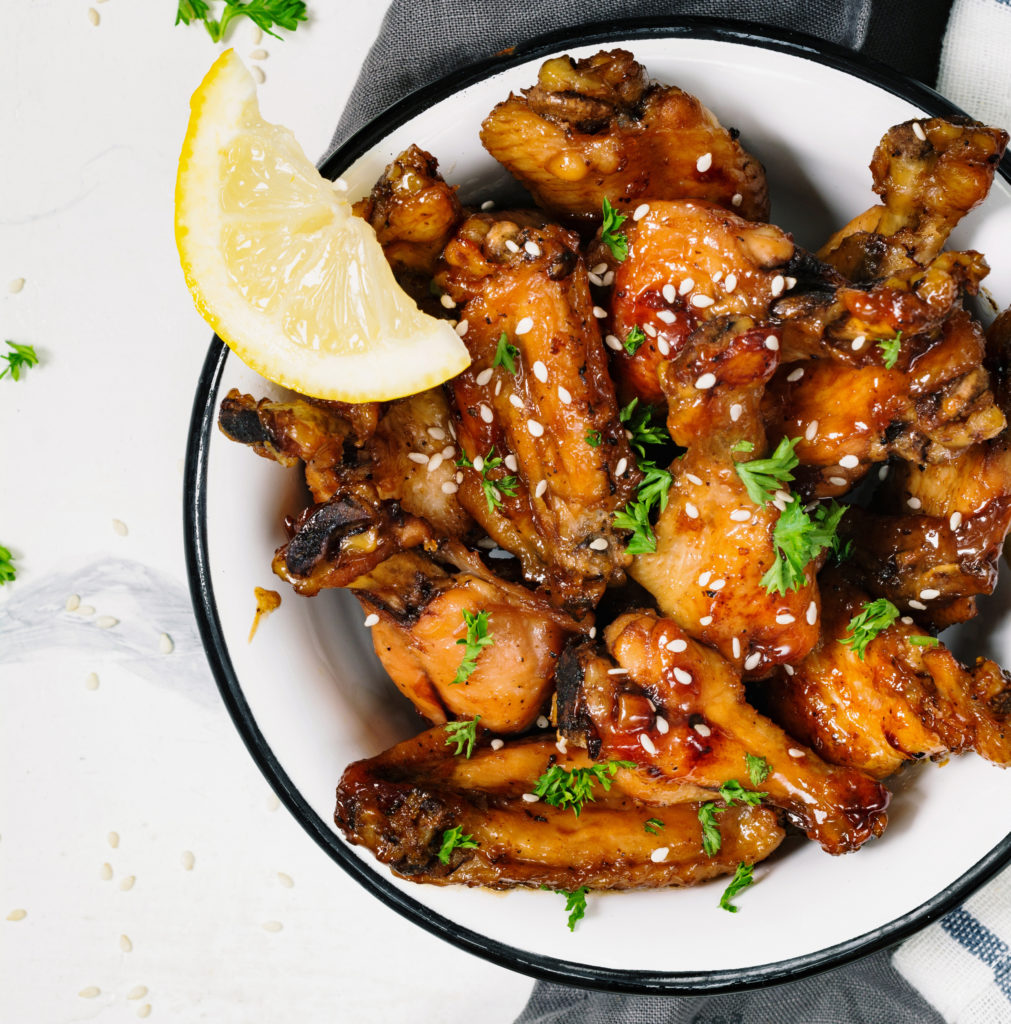 Between sporting events and family gatherings, food is a huge component of how we come together to celebrate. And there is perhaps one food that is synonymous with these events: chicken wings.

In fact, for national football’s big game this February, the National Chicken Council predicted that Americans would consume an estimated 1.33 billion chicken wings, as Forbes reported. As such, any enterprising chef may want to add the wing to his or her cooking arsenal.

“The wing comes in three parts – the flat, the tip and the drumette.”

1. Know your wings
When you’re looking at uncooked chicken, you’ll see the wing comes in three parts – the flat, the tip and the drumette. That middle tip is usually left aside for use in stock. If you want to make traditional wings, then focus on the drumette and flat, which have plenty of meat and are large enough to contain sauce. However, you may want to experiment with keeping the tip intact, as it packs a nice bit of crunch.

2. Tackle the tip
If you’ve decided not to cook with the tips of the wing, then you’re going to have to remove them carefully to not damage the rest of the meat. To start, find the wing tip – it’s the joint near the end of the wing that bends. It doesn’t matter if you’re using a chef’s knife or kitchen shears – just be sure to remove the tip right at the point where it bends. Don’t ever use your hands, though, as this doesn’t offer the precision necessary.

3. Choose your baking method
When it comes to baking chicken wings, there are a few important tips to keep in mind. Many people opt to steam or bake them in advance, and this can be a good way to save time when preparing for other dinners. Once they’re ready to be served, you can broil the wings to get that much-needed crisp. However, some chefs opt to double bake their wings instead. The first time around tenderizes the meat, while round No. 2 is for adding more crispiness to the meat.

4. Experiment with skewers
While there are several ways to prepare wings, Epicurious suggested using the skewer method. That is, rather then separating the wing as you might otherwise, you can unfold the wings and use a metal skewer to hold it all in place. Not only is the wing easier to handle, but you also expose more meat, and that can speed up the cooking time. Similarly, wings will be more open to the marinade you apply, which will further enhance the final flavor.

5. Marinate properly
Speaking of the marinade, there are a wide array of rubs and the like you can apply to your chicken wings. Favorites include everything from your traditional buffalo and parmesan garlic to honey sesame and wings made with soda pop. No matter your choice, it’s important to let the chicken soak in the sauce or dressing overnight; that way, the flavor really sets in. And when cooking your marinated wings, always use medium-high heat, which ensures a perfect level of doneness and crispiness.