Many of you are probably aware that last weekend was the Great American Beer Festival.  Having sold out in less than an hour, the Brewers Association (who started GABF) was expecting nearly 50,000 people over the three days of the fest, as well as over two thousand beers being offered by hundreds of breweries from across the United States.

As the beer reviewer for 303 Magazine, I was lucky enough to get a press pass to GABF this year, and to be perfectly frank, it was one of the most enlightening experiences of my life.  Not only were there amazing beers to sample, but the people, the vendors, and the craft beer scene in general inspired some epiphanies that I wanted to share. 4. Craft beer is changing the face of American Capitalism

Let me start by saying that, as a guy who writes about drinking beer for a living, but dreams of writing about dragons for a living, I don’t really have too firm a grasp on how the economy works.  That being said, one of the common conceptions about American Capitalism that we grow up being taught is the value of competition.  Two companies offer the same service, and they bash at each other until there’s only one left standing (the supposed “better” company).  Macy’s vs. Gimble’s, Coke vs. Pepsi, MillerCoors vs. Inbev, and so on.  Seems to make sense.

But at GABF, brewers from around the country, all of whom are in competition with each other in one way or another, get along in a way you just don’t see often enough in the media.  Folks wearing brewer’s badges would leave their stalls just to sample other brewers’ wares and talk shop.  Hands were shaken, jokes were exchanged, and there were smiles all around.  There was no thinly veiled undercurrent of hostility between the guys at Gravity Brewing and the guys at 12 Degree (both of whom offer Belgian-style beers on Louisville’s main street in walking distance of one another.)

And the craft beer industry benefits from it!  This lack of competition has fostered amazing growth in the craft beer market that shows no evidence of slowing down in the near future.  Exported  American Craft beer shot up a mind-boggling 49% in 2013!  Contrary to what I’ve been taught about how capitalism works, the cooperative nature of American craft beer is quietly demonstrating that things can be different. 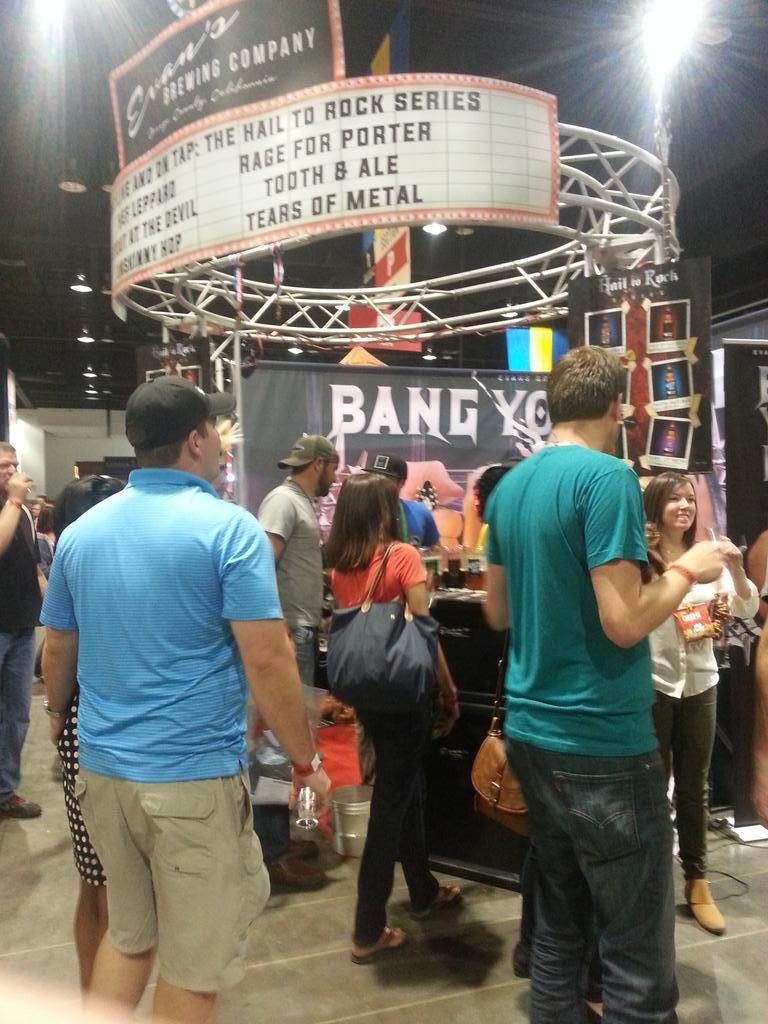 I’m currently in the Farm-to-Table block of the Escoffier CA program.  In it, we’re not only learning how to butcher a whole hog and to cook more effectively with vegetables and farm-fresh produce, we’re also learning what goes into producing the product we use to make our meals.  Last week, we were at Black Cat Farms learning about raising pigs and growing seasonal vegetables (an article on this is forthcoming).  We’re learning about current agricultural practices and how things could theoretically change in order to make those practices more sustainable.

We’re also learning that there’s a great deal of resistance to these changes, due in part to the fact that they’re untested.  At the sustainability pavilion of GABF, it’s demonstrated that the craft beer industry is once again quietly leading the way in this area, with many of the craft beers using locally sourced ingredients in farm-to-table’s mirror movement “farm-to-glass.”  Oskar Blues Brewery has been raising its own beef and growing its own hops for years now, and their success has reached a point that they’ve recently opened a CHUBurger in Coors Stadium.  So anyone discussing how this “farm-to-whatever” movement is unfeasible already has examples in the craft beer industry that not only is it feasible, it’s economically viable. 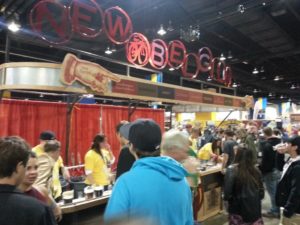 It’s been a dream of mine for some time to make it down to San Diego Comic Con.  I enjoy the occasional comic book/graphic novel.  I get out to see sci-fi/fantasy movies as often as I can.  I’m even in the process of writing a series of fantasy novels.  I’d fit in, is what I’m saying.  But in the news, there are apparently serious undercurrents of hostility at Comic Con, which has gotten to the point where certain groups are pushing for an “anti-harassment” policy to be put in place.

This isn’t to suggest Comic Con is secretly evil, only that certain groups within its community hold hostility against other groups, which is regrettable.  I expected to see this at GABF, but instead what I saw was a degree of togetherness that I didn’t think was possible in a group that size.  Out-of-towners mingled with locals.  Colleges kids looking for a buzz mingled with beer geeks delicately sipping their brews.  Older men and women traded jokes with baby-faces that looked too young to be 21.

The goodwill shared by fans of the craft beer industry seems unprecedented in the world of any significant fandom.  I don’t mean to say there aren’t beer snobs or outright jerks in the beer world, but I will say that they are looked down upon at events like GABF.  Craft beer fans just want to have a good time, and that’s a simple, yet hard to achieve, attitude within a group of fans.

I’ve been to a number of beer festivals where the only real goal is to drink beer and have a good time.  That’s wonderful (see above) and if GABF stopped there, it would be good enough.  But the BA isn’t happy with “good enough,” including events like “Hot Dogs and Ales to the Next Level” put on by the Haymarket Pub and Brewery in Chicago, which gave a tutorial on making your own hot dogs.  Or a presentation on barrel-aging beers put on by the Nebraska Brewing  Co.

At the best of times, getting beer fest patrons to sit still is like herding cats.  And yet, these events had full seats of people eager to learn.  I’ve talked about beer pairing in the past, but I have nothing on the “Beer Got Your Tongue” presentation put on by Jared Rouble of Moody Tongue Brewing Co. and Jared Wentworth, Michelin-starred chef.  Education isn’t the be-all-end-all of a beer festival, but the fact that GABF pushed to get these sorts of presentations and lectures into the festival shows that they’re not interested in people “just getting drunk.”  They want to educate their fan base on a subject they truly love.  And that is worthy of praise.

More interestingly, however, is the idea that Escoffier Students have a step ahead in an industry like craft beer simply because of the education they’re starting out in.  Not that every student has dreams of being a master brewer, but that is definitely an avenue available after graduation.  Many brewers in the Denver/Boulder area got their start in the kitchen, including BRU Handbuilt Ales & Eats owner Ian Clark.  So keep an open mind when externship time rolls around—you might wind up picking up a pair of rubber overalls instead of a toke for part of it!