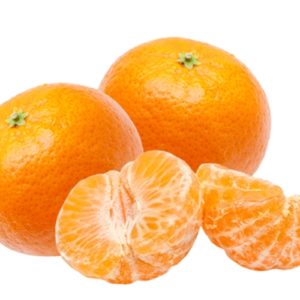 Most people peel an orange and then break the fruit into sections. However, there are easier, less messy ways to gain access to the meat of the fruit.

You probably have a specific way of peeling an orange or a grapefruit, especially as an Austin culinary arts student who has easy access to incredibly fresh citrus right in your own state.  Likely you’ve been doing it the same way your parents showed you when you were young. Sometimes the thought of putting so much effort into getting to eat the insides of the fruit will deter you from trying – that’s why we’ve rounded up five different ways to peel citrus fruits.

The usual
This is the version you know. Peel off the rind. Then, slip your finger into the middle of the fruit so it falls into two pieces. Break it into sections and pop them in your mouth. The only trouble with this option is when you get a fruit that has a very thick pith (the white part people often peel off after removing the rind). It can be helpful to use your palm and a table to roll the fruit around with a bit of pressure from your hand before peeling. This works to separate the peel and pith from the fruit so you don’t have so many stringy, spongy bits to remove later or even spit out. You can also use a peeler on the pith once the rind has been removed, but you have to be very gentle to remove only the pith and not break into the meat itself.

The chop and split
Instead of taking all that time to peel the Texas state fruit, a grapefruit, try the chop and split method. Find the end of the fruit that was once attached to a tree. Use a very sharp knife to cut off a half inch deep section starting an inch from the mark that indicates where the fruit was attached to the tree. Do the same on the opposite side. Now, make a cut into the rind so that the grapefruit opens up into a shape similar to a ladder with each section of the fruit as the rungs. You will be able to easily remove them from the peel, one by one as you go. This method is much faster than halving the fruit and using a spoon to remove tiny sections. Plus, it’s pretty fun to unfold the whole thing in one motion once you’ve cut off the ends. It also looks rather fancy and can be added to the plate as an interesting and edible decoration.

The Hulk
Some people prefer to use brute strength to eat an orange.To do so, follow the seam of the peel to find where you can poke a fingernail along the natural indentation. Then, insert your thumb or a knife to start splitting the orange. With pure strength, wrench the halves apart and then eat the brains, or tiny sections of fruit that are connected to the part where it was attached to the tree. Then there is easy access to the sections, which you can individually detach from the rind as you go. Supposedly this is one of the least-messy ways to eat an orange.

The spiral
People that like to make fruity drinks are often familiar with this method. Use a sharp knife to cut off both ends of the fruit. Then cut it into 1/4 inch sections that are perpendicular to the natural sections inside the fruit. Now, cut a tiny slit into the rind of each circular section so that you can easily unroll the fruit and eat it. This is a great method to use if you want to add a decorative and tasty embellishment to fruit punch or cocktails.