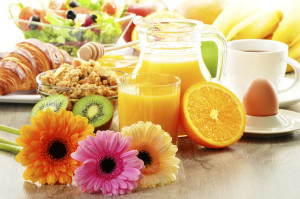 People have often said that breakfast is the most important meal of the day. This belief stems from the fact that breakfast provides your body with necessary nutrition to begin another challenging day after a period of rest, but some still argue that it isn’t necessarily the most important. Nonetheless, it may be worth wagering that any number of students enrolled in cooking schools in Colorado might say breakfast is the best meal of the day. It’s hard to blame these individuals; with an incredible array of magnificent breakfast restaurants expanding on classic morning meals, Denver has emerged as a sort of breakfast mecca. Take a look at this brief list of breakfast places worth a shot next time you’re in the Mile High City.

Sassafras American Eatery
According to Westword, Sassafras is located on West 26th Avenue in Denver, not far from prime shopping, which makes it the perfect place to grab breakfast before or after a leisurely day of Sunday activities. The restaurant serves up a variety of classic breakfast dishes but has a particular emphasis on Southern cuisine. Multiple sources have reported that the restaurant has become known for its eggs benedict, using a special hollandaise sauce that rounds the meal out perfectly. The restaurant also incorporates fresh vegetables, such as green tomatoes, into many of its dishes, offering a healthful component not found at all restaurants. Definitely put this on your Denver bucket list!

Snooze
There’s certainly no lack of good reasons that Snooze won the Denver A List award for most favored breakfast restaurant in 2014. According to A List, the restaurant can be found at 2262 Larimer Street. Snooze was founded by Jon Schlegel, an entrepreneur gaining a considerable reputation in the Colorado culinary arts scene. According to the restaurant’s website, it refers to itself as an ‘AM Eatery,’ but unlike other breakfast establishments is also open for lunch. While the restaurant began in Denver, it has come to establish locations outside of Colorado in both California and Arizona across the nearly 10 years that it has been serving food. Truly a breakfast joint like no other, Snooze is an absolute must-visit for locals and tourists of the greater Denver area.

Jelly Cafe
Another restaurant that has been awarded by Denver A List, Jelly Cafe has become a favorite of many individuals residing in the Denver area. Located on Capitol Hill, Jelly Cafe has become known as one of the hottest breakfast spots in all of Denver. The restaurant offers a modern take on classic breakfast dishes with a menu that changes periodically, so you’ll be able to try something new every? time you go in. For example, the menu boasts such dishes as a Thai peanut donut or dulce de leche pancakes. Plus, with affordable prices, there’s literally no reason not to give Jelly Cafe a try.