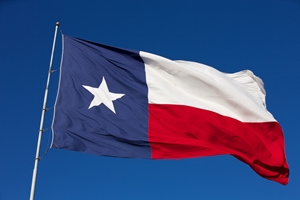 Members of Austin’s culinary arts programs may want to turn their attention to some other Texan cities, as one of the most highly ranked restaurants in the world will be making stops in both Houston and Dallas in early August. El Celler de Can Roca, a restaurant based in Girona, Spain, that was ranked by Restaurant Magazine as the second best restaurant in the world, will be coming to Texas for five days as part of the Roca World Tour, which is sponsored by BBVA World Compass. El Celler de Can Roca, which is run by three brothers (Joan, Jordi and Josep Roca), will temporarily close its operation in Spain and bring its entire staff on the tour. Making stops in six cities across four countries, the tour is expected to take five weeks.

In keeping with the tour’s theme of fine dining, BBVA has made an effort to reserve the most impressive and aesthetically pleasing venues possible. In Dallas, diners will enjoy the Roca brothers’ cuisine at the Rachofsky House. Owned by Howard and Cindy Rachofsky, esteemed philanthropists and art collectors, the Rachofsky House contains over 800 pieces of art, creating the perfect setting for a meal of this caliber.

The case is similar in Houston, where BBVA has reserved the Rienzi House at the Museum of Fine Art, Houston. The Rienzi House is built on a beautifully wooded four-acre property in River Oaks and houses a fantastic collection of art, as well. BBVA Compass CEO Manolo Sanchez expressed his excitement at the venues in a statement to CultureMap Austin.

“As an organization, BBVA has an emphasis on the arts, and the Rocas’ particular brand of gastronomy is precisely that: an art,” Sanchez told the source. “It’s only fitting that the venues reflect the brothers’ creative and innovative approach to gastronomy.”

Unsurprisingly, public tickets to these events are not available. BBVA has crafted a guest list that is expected to feature many distinguished attendees across the three nights in Houston and two nights in Dallas.