You spend weeks leading up to it.  Everything you learn contributes to it.  You hear about it in the first week, and spend months thinking about it.  It’s always in the back of your mind, and you’re constantly wondering if you and your classmates will be able to hack it. I explain culmination to my friends and family as “cooking school finals” but they’re so much more than that.  Culmination is what would happen if finals, military inspection, Broadway auditions, and football Friday wound up with a grandchild.  It has the nerves of a performance, the endurance of a sporting event, the pile of knowledge of an academic test, and the military’s need for perfection.

In other words, it’s kind of a big deal.  Going into our culmination, we decided early on that we would have a sort of “tour of pork.”  We excelled so readily at whole hog butchery, we wanted at least one course to feature the array of cured pork we had produced over the course of our farm-to-table block.  We also wanted to use some of the Italian sausage in a soup, the frozen whole loin (not to be confused with the tenderloin) an entrée, plus a dessert.  We also wanted to stay as local as possible, getting a great deal of our produce from local farms like Munsons, Millers, Red Wagon, and Black Cat, procuring much of it from the Boulder City Farmer’s Market.  Finally, we wanted to focus on seasonal items and flavors, which in early November just before a massive freeze meant squash, beets, and other Fall items.

So it fell to a four course meal (sort of). The banquet would begin with a charcuterie buffet with a variety of breads, cheeses, and mustards also available. Alex decided we would do Italian wedding soup for the first course, and none of us argued—the lady is something of an expert in soups. Benn, Bill, and I were put on the entrée, and we put together a three part plate with a sauce—Apple stuffed pork loin with squash and beet salsa and a farro pumpkin risotto and a parsnip coulis for a sauce.  (Benn and I managed to weasel a couple of practice days in before culmination, making the salsa and the risotto for some of our tests earlier in the block.)  Finally, for dessert, Kat decided she wanted to do a poached pear wrapped in puff pastry (which she made) and baked off. Unlike with many banquets out in the real world, we got a practice day on Halloween where we worked out many of the kinks in our plans.  We revamped how we would plate the soup, cooking almost all the items separately and putting them in the bowl and then ladling hot broth over them in order to ensure each bowl was full of delicious ingredients.  We added beet to the parsnip coulis to give it a little more sweetness and a touch of rosy color, as well as a little pea/cilantro puree for color.  The dessert was reworked quite a bit, cutting it back to half a pear, adding some sherry to the reduction sauce, and throwing some Chantilly cream onto the puff pastry.

And I baked bread.  A TON of bread. Numerous baguettes and several ciabatta loaves.  As a graduate of the pastry program, this might’ve been cheating just a little bit, but I think Chef Eric let me slide because I really enjoy baking bread.

The dinner was set for 3:00pm, but guests started arriving as early as 2:15.  Luckily, everything was already set.  First course went out around 3:20, and then we were locked into the roller coaster.  We put the front of house training Chef Eric gave us to good use, clearing and delivering plates like a well-oiled machine.  Plating also went smoothly, which each task divvied out in minute detail, which seemed excessive at first but proved hugely useful in the end. 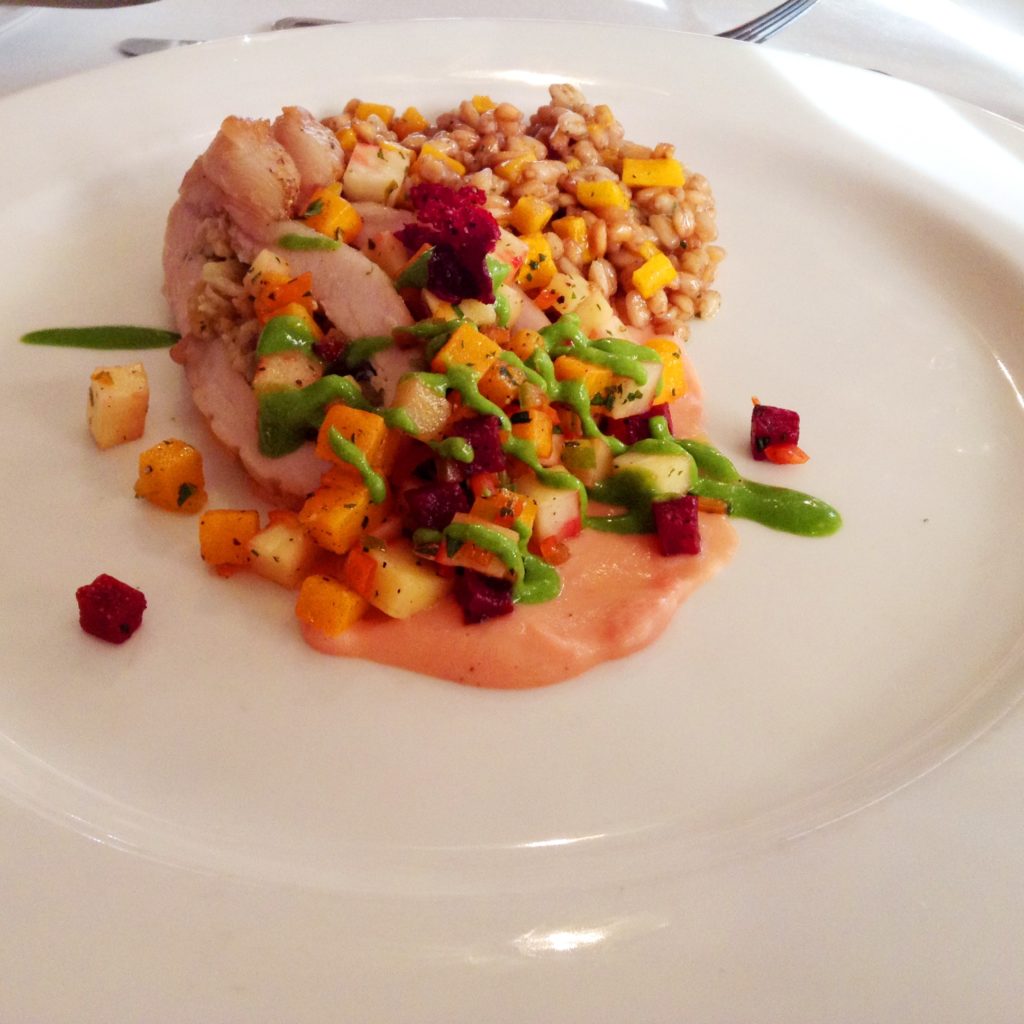 While we physically made every item put out for our final culmination, Chef Eric’s instruction and advice made the experience much more pleasant and smooth.  This isn’t to say I don’t think our class couldn’t have done it without him, but it would have been MUCH more difficult.  And he’s no longer my instructor, so readers can’t even accuse me of apple-polishing.  I honestly learned a whole lot during these last six weeks of class.

My advice for students barreling down towards their own culmination is the same advice Chef Dan gave me all the way back in pastry:  breathe and relax.  It’s really easy to descend into a mess of fighting and name-calling, but remember you all know how to make food.  It’s just a matter of doing it as a team, and it’s much easier than you think.  Keep yourself calm and relaxed, and you’ll do fine. 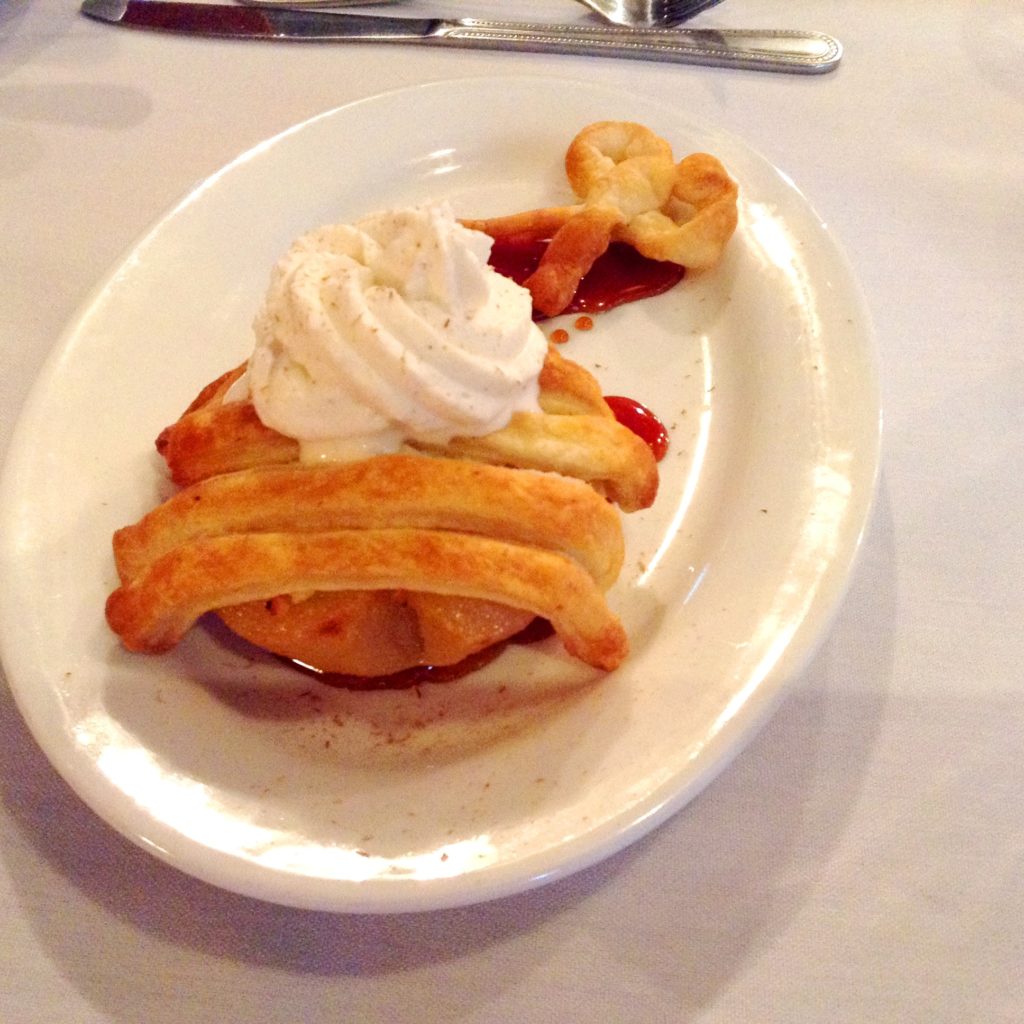