BOULDER, CO (Oct. 23, 2017) —–On October 19, the Auguste Escoffier School of Culinary Arts of Boulder, Colorado welcomed Michel Escoffier, great grandson of Auguste Escoffier, one of history’s most influential and iconic chefs, from whom the school has developed its culinary programs’ philosophies and educational approaches. This is the fourth occasion Escoffier, a distinguished member of the school’s advisory board and president of the Musée Escoffier de l’Art Culinaire and Auguste Escoffier Foundation, made the trip from Villaneuve-Loubet, France to Boulder.

In addition to a campus tour led by campus president Kim Jensen and executive chef Ashlea Tobeck, Michel Escoffier, the school’s founder, Jack Larson, and its CEO and president, Tracy Lorenz, spent the day amongst the school’s culinary and pastry arts students and acclaimed chef instructors, signing autographs and taking part in their classes.

“It is always a tremendous honor to visit the campus and meet the faculty, staff and students of the Auguste Escoffier School of Culinary Arts in Boulder,” Escoffier said. “I feel grateful the school and its students go to such great lengths to preserve the status of excellence associated with the Escoffier name. Boulder is a beautiful city with beautiful people, and I always enjoy my time here.”

During his time in Boulder, Escoffier found time to experience the local flavors of the city, dining with James Beard Award nominee and school partner, Chef Eric Black of Black Cat farm and restaurant as well as the award-winning wine list, French-American cuisine and breathtaking views of the Flagstaff House.

“I think I speak on behalf of the staff, faculty and students of Escoffier Boulder when I say Michel’s visit was humbling, inspiring and truly the honor of the year,” Kim Jensen said. “I think meeting Michel Escoffier will have more of an impact on our students than he could ever imagine.”

His time in the U.S. continues through next week, when he will be making a trip to Chicago for the inaugural Disciples d’Escoffier Induction, hosted by the Auguste Escoffier School of Culinary Arts. With more than 20,000 members worldwide, the Disciples d’Escoffier is a premier international culinary society established to maintain the good name and honor the memory of Auguste Escoffier.

To learn more about the Auguste Escoffier School of Culinary Arts, visit www.escoffier.edu.

Auguste Escoffier School of Culinary Arts is a leading provider of online and campus-based culinary training and education. Escoffier schools are founded on the principles and systems of Auguste Escoffier, the international culinary icon and father of modern cuisine. The Escoffier family is actively involved to this day. The school’s programs offer a classic and contemporary approach to modern industry skills training as well as a sustainability-centered and business focused curriculum. In addition to its online culinary program, Escoffier campuses are located in Austin, Texas and Boulder, Colorado. https://www.escoffier.edu. Escoffier students and instructors prepared a special meal for Michel Escoffier and the other guests. 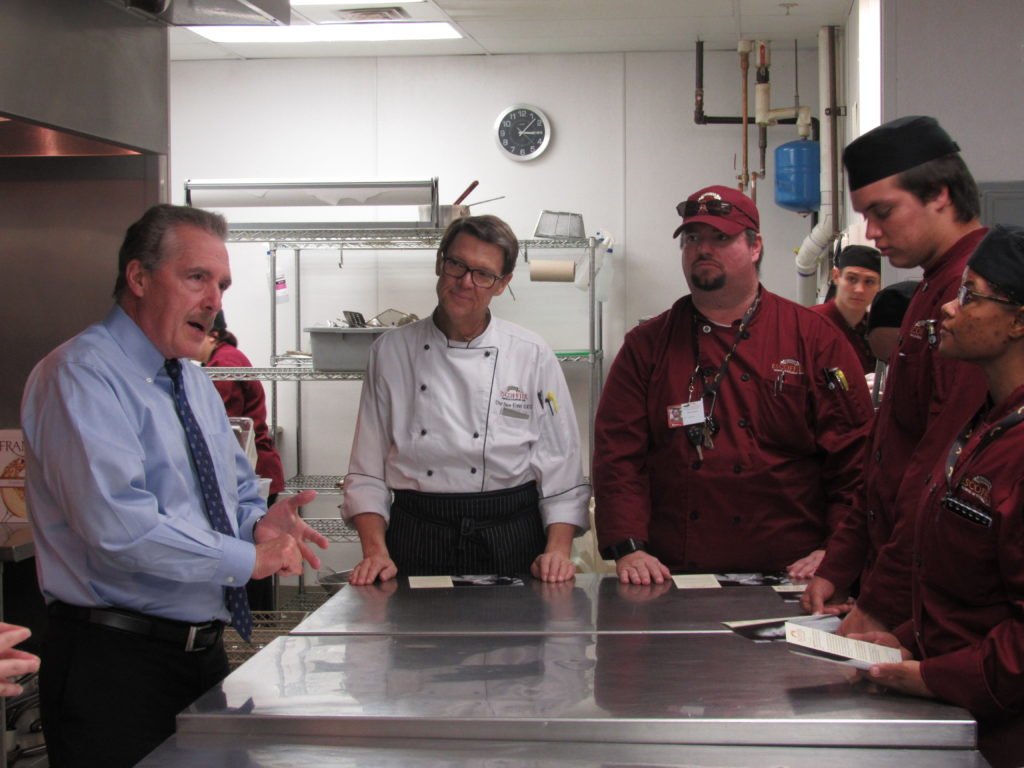 Michel Escoffier spent the entire day observing the classes of students and offering advice to the aspiring chefs. 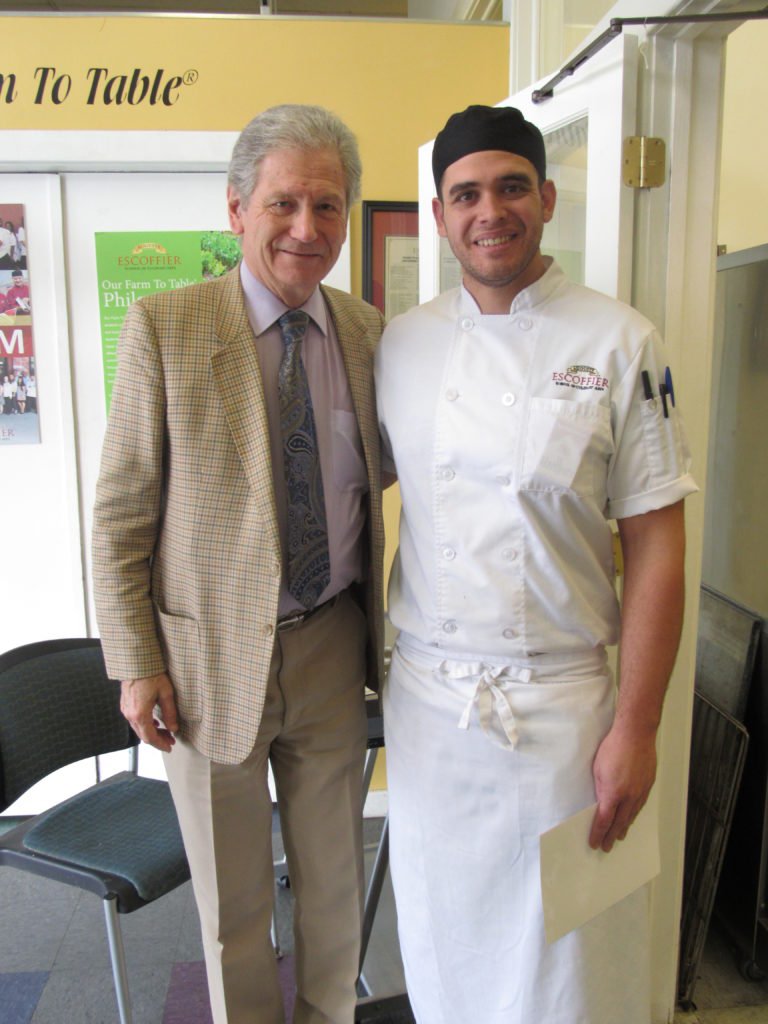