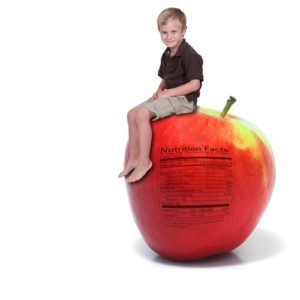 Students of culinary arts programs know the benefits and pleasures of creating and enjoying home-cooked meals. Fresh produce, local meat and organic grains contribute to a healthy and balanced diet. But many Americans don’t seem to be on the same page. Packaged and fast foods dominate much of the culinary market, and many people keep such products in their pantries. This sort of quick and easy eating has contributed to obesity and illness. However, dieting trends in the U.S. seem to be taking a turn. A study released by the U.S. Department of Agriculture revealed that American adults are making healthier eating choices than they have in the past.

Looking for healthy options
The study, which surveyed adults living in the U.S., found that more Americans are reading nutritional labels found on packaged food. Most people use the labels as a guide when shopping for groceries. Nutrition panels indicate how much sugar, sodium, fiber, protein, etc., a food product contains. They also include calories per serving and a list of ingredients. By reading the labels and comparing products, consumers can select items that have fewer negative components (such as high sodium content) and more positive features (such as no added sugars).

The survey also revealed that most people would read nutrition labels if they were available in restaurants. This information suggests that people are more aware of what they eat than previously. They know what to look for when selecting food. However, it also indicates that consumers still choose to purchase and eat many processed goods despite knowing what’s in them.

Out of the box (or can)
Perhaps more tangible evidence of the move away from unhealthy proceed foods lies in ConAgra’s latest quarterly report. The food giant owns numerous labels, some of which aren’t making as much money as they used to. According to Bloomberg Businessweek, Chef Boyardee, Orville Redenbacher’s and Healthy Choice have all seen a decline in sales over the last quarter. In fact, volume sales of these products decreased by 7 percent. In general, Americans are buying fewer frozen dinners and canned pastas, which account for the decreased popularity of the Healthy Choice and Chef Boyardee labels. Popcorn sales are still profitable, but Orville Redenbacher?’s doesn’t seem to be keeping up. The fall of these foods, can in part, be explained by the U.S. trend toward better nutrition.

Accounting for the trend
Americans’ interest in more nutritious eating can be attributed to numerous factors, some of which are more obvious than others. Marketing surrounding healthy products seems to be working. Also, consumers are more educated about what they eat compared to years past. They have become vocal opponents of genetically modified organisms (GMOs), and alternative diets have become increasingly common.

Some experts attribute the eating changes to efforts by the Obama administration.

“The Obama administration is working hard to empower the American public to make smart choices every day at school, at home and in their communities,” Tom Vilsack, agriculture secretary, said in a statement. “We have made significant progress, but our work is not done. We will continue to invest in critical programs that expand the availability of healthy, safe, affordable food for all Americans.”