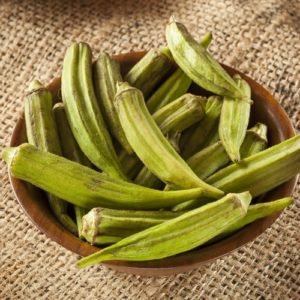 With the potential to change the way everyone in Colorado – from students attending a Boulder culinary school to farmers in Fort Collins – interacts with the food around them, the debate surrounding labeling of genetically modified organisms is raging. Food purists argue that it’s the right of the people to be made aware of any GMOs in their food while those against the labeling measure state that it’s been overblown and doesn’t really matter. Regardless of which side an individual falls on, the pressure surrounding the issue seems to be growing more pronounced as we draw closer to the vote, which is set to take place this November. Whether you’re staunchly against GMO labeling, think we all have a right to know what’s in our food or are simply undecided on the matter, keep reading to get a brief rundown of the facts regarding proposition 105.

Proposition 105
The proposition was initially launched by a campaign identifying themselves as “Right to Know Colorado GMO.” Basing their name in their argument, those in favor of voting ‘Yes’ on the proposition believe that all Coloradans have the right to know if their food is a genetically modified organism. In other words, these individuals wish for it to be made explicitly clear if any food sold for consumer purchase was genetically engineered at any point in its cultivation. They aim to achieve this by adding onto preexisting nutritional labels a bar indicating the potential presence of GMOs. According to their website, www.righttoknowcolorado.org, their cause is “built on the foundation that we have the basic right to know what is in our food and what we are feeding our families.”

Supporters
Unsurprisingly, the movement has gained considerable support from proponents of the organic food movement and sustainable farming. These practices have been built on a type of agriculture that gravitates more toward organic cultivation, meaning that the products being put out by these groups and individuals would be less likely to receive GMO labels. Considering the popularity that products bearing tags boasting sustainable or organic practices have received, it may be reasonable to assume that sales of non-labeled products would benefit in a GMO-marked world. Supporters of GMO labeling, however, maintain that proposition 105 isn’t a question of economics, but rather simply of a consumer’s right to pertinent information about their food.

Dissenters
Those voicing opinions against the passing of proposition 105 are a varied group. Many of them, according to NPR affiliate KRCC-Colorado College, are farmers who inadvertently use GMO practices and fear the proposition will hurt their sales. For instance, KRCC reports that Paul Schlagel, a farmer, uses GMO practices to grow his sugar beets. His beets are then converted into granulated sugar, in which no traces of GMOs are present. Still, under proposition 105, his final sugar product would be labeled as containing GMOs. This sentiment seems to be echoed by groups such as the World Health Organization and the American Association for the Advancement of Science, both of whom KRCC reports have been unable to find any adverse effects from humans consuming GMOs.