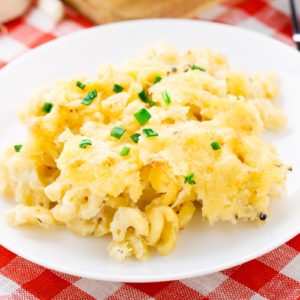 Macaroni Grill has been purchased by a team of investors led by the owner of the Colorado Rockies.

Colorado culinary school students may already be familiar with Macaroni Grill, a national chain that serves up, you guessed it, macaroni and cheese. According to the Denver Business Journal, the chain has recently been acquired by a group of investors featuring none other than Dick Monfort. Well known in Colorado, Monfort is the majority owner of Major League Baseball’s Colorado Rockies, and this purchase represents far from a novice move into the culinary world, as he formerly served on Famous Dave’s board of advisors. While the sale is still being finalized, many news outlets have reported that Monfort and his team of investors aim to turn around the chain of restaurants, which has fallen on rough sales figures in the last few years.

Macaroni Grill
A casual restaurant, Macaroni Grill has gained followers due to its reasonably priced food served in a family atmosphere. The chain is by no means a startup, as it operates 146 locations in 33 states, according to Food Business News. Twenty five of its American locations are currently franchised by private owners, and the restaurant has a presence in eight other countries, giving it international reach. Monfort and his investment team will now oversee general business operations for all of the chain locations, making his first move into the restaurant world one with considerable domestic and global reach. The purchase comes at a time of duress for the restaurant chain, as the Denver Business Journal has reported that Macaroni Grill’s revenue fell nearly $12 million in 2014 following its last sale.

Monfort
Though he is best known as majority owner of the Colorado Rockies, Monfort actually has a storied career within the culinary arts industry. In addition to his work with Famous Dave’s, Monfort was also the president and CEO of Monfort Meats, a Colorado meat distribution company . In addition to this role, he held a high ranking position with ConAgra oods for a number of years. These experiences may make him and his team the perfect group of individuals to turn Macaroni Grill around from the top down.

The transaction
In order to purchase the company, Monfort and his other investors founded a new company which they are calling Redrock Partners LLC. The company, according to the Denver Business Journal, is held in Scottsdale, Arizona, and will be paying an all-cash sum of $8 million to take control of the chain. For those unfamiliar with cost analyses of large scale restaurant chains, that number is extremely low. In fact, just over two years ago, Macaroni Grill and all its subsidies were sold to a Houston investing company, Ignite Restaurant Group, for over $55 million. The dramatic price reduction is thought to be an effort on Ignite’s part to break even after a year of very subpar sales. While it remains to be seen if he can turn it around, Monfort’s expertise in the Colorado and national culinary markets should bolster his abilities in working with Macaroni Grill.