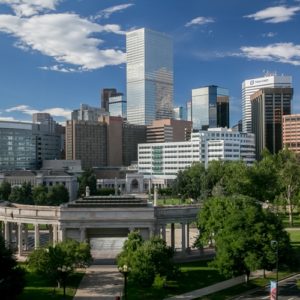 Students attending Denver or Boulder culinary schools have probably already noticed that it is currently a period of great change for the Colorado restaurant scene as a whole. As a high-volume industry, of course, there’s always a great deal of factors in flux between new establishments opening, different chefs emerging as market leaders for certain types of cuisine, and the like. These past few years in particular have truly proven to be formative for everyone involved in Colorado’s culinary establishments and the direction they will take as time moves on. Perhaps what’s most interesting about this is that the most significant of the changes affecting the industry, for better or for worse, are coming at a macro level. Take a look at a few of the events and factors most heavily influencing the direction of the Centennial State’s food culture:

Administrative changes
While we often think of restaurants as creative, lighthearted businesses, they’re actually very serious endeavors and, as such, have a governing administrative body. In Colorado, unsurprisingly, this group is known as the Colorado Restaurant Association. According to the Denver Post, the group’s chief executive officer Pete Meersman will be leaving the organization after 25 years of service. Meersman, who operated in a joint role also serving as president during his time as CEO, will be replaced by Sonia Riggs. Riggs, who began with the group as a chief operating officer roughly a year ago, formerly worked with the American Institute of Architects.

Growth and opportunity
While the general employment picture in America continues to rebound from the recession, the job economy in Colorado seems to be doing just fine and continues to get better. In fact, the Denver Business Journal indicated that the state is adding restaurant jobs more rapidly than all other 49 states in 2014. Specifically, the state has grown it’s restaurant job base by nearly 13,000 positions since Jan. 1, 2014, a rise in employment that represents more than a 6 percent increase. This is certainly welcome news for culinary school students considering their career options after commencement, and is sure to help other aspects of the state’s economy expand as well. In speaking with the Denver Business Journal, Riggs offered poignant commentary on the matter:

“I’m a little surprised we’re ranked that high, but knowing we’re at the top is great,” Riggs told the source. “It’s a big impact on the economy of Colorado. And we’re hearing from people that things are going pretty well right now – which is good, because it’s an industry where, when the recession hit, people thought about their disposable income and didn’t go out as much.”

Of course, in considering these developments, it’s important to remember that Colorado’s size does play a role in its ranking. It has the most new jobs per capita, but actually ranks sixth in the nation for total restaurant jobs created this year. States like California and Texas typically sit atop the list due to their high populations.