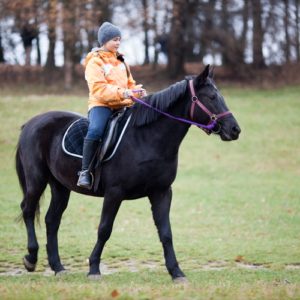 Located on an equestrian farm, one Texas restaurant recently received a high honor.

Whether you’re a student of chef schools in Texas, a casual foodie or a restaurant reviewer, there’s a seemingly endless list of eateries from every possible genre in the Lone Star State. With that in mind, it may come as a surprise to some that the recently published Forbes Travel Guide only designated one Texas restaurant with a five star rating. The establishment, The Inn at Dos Brisas, is located between Austin and Houston and serves as an ultimate relaxation destination for those with considerable disposable income and a taste for the finer things.

The Inn at Dos Brisas
According to its website, the Inn at Dos Brisas opened in 2004 to the general public. The restaurant is part of a larger operation that includes a full service ranch, spa and inn. Dos Brisas is situated on more than 300 acres of prime land and has its own organic gardens and greenhouse from which the restaurant harvest much of its produce and ingredients. The Inn is known for its storied equestrian tradition, and features one of the largest indoor riding arenas in the entire state, making it a favored destination of horse lovers when the weather is inclement. While the restaurant is perhaps the pinnacle of the services offered at Dos Brisas, which is reflected in the five-star rating, the inn itself is no slouch, having received a four-star designation from Forbes Travel Guide, according to CultureMap Austin.

The restaurant
The restaurant at Dos Brisas is truly a sight to behold. The menu capitalizes on the organic gardens located on the property by focusing on vegetable-intensive dishes, and the dining rooms are styled in Spanish decor. A veritable paradise for the aspiring sommelier, the restaurant boasts a wine cellar with over 7,000 bottles. According to multiple news outlets, one not even need be a guest at the Inn to enjoy the magnificent eatery, as reservations are available to non-guests who call at least one day in advance.

The list
The Forbes Travel Guide list is released each year as an indication of where the finest dining and lodging facilities in the U.S. are located. The inclusion of The Inn at Dos Brisas as the only five-star restaurant in the state seems to have come as a shock to many, having outdone traditional powerhouse cities such as Austin, Dallas and Houston. In speaking on the award, managing director Steve Shotsberger stated his pride and the restaurant’s continued drive for excellence to My San Antonio.

“We are thrilled to be recognized as the only Forbes Travel Guide five-star rated restaurant in Texas,” said Shotsberger. “We look forward to continuing to provide our guests with exceptional farm-to-table cuisine with the introduction of our new five course chef tasting menus.”